“The province’s first case is linked to travel from a country where local transmission of COVID-19 has been reported,” Chief Medical Health Officer Dr. Saqib Shahab said in a news release.

The person only contacted one other person in and the contact occurred in their home, Shahab said later Thursday morning during a news conference. The other person is being monitored, he said.

The man is in the city and is well enough to self-isolate at home, according to the province. The person was tested March 9 after experiencing symptoms.

The Roy Romanow Provincial Laboratory reported the positive lab sample March 12 and has forwarded it to the National Microbiology Laboratory in Winnipeg for confirmation.

Shortly before news of the province's first presumptive case of COVID-19 was shared, the City of Saskatoon released a joint statement announcing the cancellation of the Juno Awards and related festivities.

"We are devastated to cancel this national celebration of music," the statement said.

"At this time of global uncertainty, the health, safety and well-being of all Canadians must stand at the forefront of any decisions that impact our communities."

The season will be paused for Saskatchewan Rush with the National Lacrosse League (NLL) following the league of many other sports leagues by suspending play until further notice.

"It means more regular conversations and a more coordinated effort to work together to ensure the safety of everyone in the city," director of emergency management Pamela Goulden-McLeod said.

"The reality of the situation is that it's going to be forever changing. What we're planning today might change tomorrow."

The EMO will be staying in contact with the SHA as well as other provinces as the event develops.

Cleaning is going to be a big part of the plan. Medavie and Saskatoon Fire Department are disinfecting vehicles that responded to calls involving potential COVID-19 patients.

Saskatoon firefighters will use personal protective equipment as they respond to calls where patients are displaying symptoms of COVID-19.

The City is reminding people of the importance of hand washing, using hand sanitizer, coughing into your sleeve, avoiding contact like handshakes and hugs and staying home if you're sick.

"We are all in this together," Mayor Charlie Clark said. "Every organization, every business, and every person can help play a role in keeping us all safe here in Saskatoon."

Some empty shelves were spotted Thursday during a busy afternoon at the Costco location on Market Drive.

The store also appeared to be completely out of toilet paper, an item that has become emblematic of the steps some are taking to prepare for a possible self-quarantine. 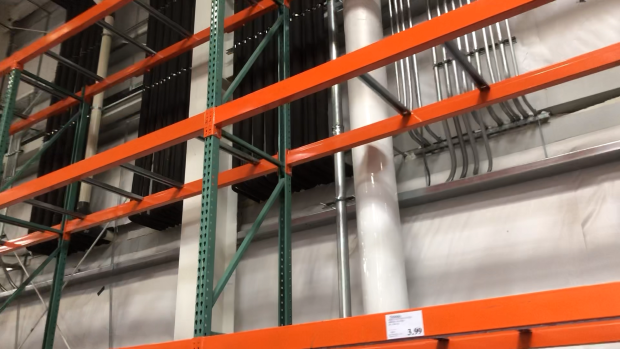 Disinfectant spray, cloth wipes and bleach could be seen missing from store shelves at the Sobey's location in Stonebridge.

The Roman Catholic Diocese of Saskatoon is temporarily restricting some liturgical practices in its parishes across the city.

In a letter posted on its website Tuesday, the diocese said pastors, deacons and extraordinary ministers must wash their hands with soap and water or with alcohol-based sanitizer before and after distributing communion.

The diocese is also asking people to refrain from personal contact such as handshaking at the sign of peace during mass; instead, people can take a bow or share a spoken word of peace.

The Islamic Association of Saskatchewan (IAS) said it is monitoring the COVID-19 situation in Saskatoon and it is relying on information from the Saskatchewan Health Authority and public health agencies to determine if the organization's schedule needs to change.

"For now we are sharing precautions and infection control protocols with our members and are advising that anyone experiencing any symptoms to refrain from entering the center," spokesperson Abdullah Patel said.

Greater Saskatoon Catholic Schools (GSCS) said in a letter to parents that it has increased preventative measures such as enhanced cleaning of commonly touched surfaces and encourages thorough handwashing and sanitizing among students and staff.

In a letter on its website, Saskatoon Public Schools says caretaking staff were previously directed to prioritize sanitization in all schools, with a focus on sanitizing push-pull points and frequently touched surfaces such as door handles, water fountain buttons, desks, countertops, sinks, and taps.

Horizon School Division director of education Kevin Garinger said in a letter to parents that regular daily classes and other business will proceed as normal.

The University of Saskatchewan continues to operate as usual, President Peter Stoicheff said in a statement.

"We are currently considering remote and online learning methods and other teaching strategies that do not require in-person classrooms, and looking at alternative options for exams should we need them. We are also looking at options that enable our employees to work from home if necessary.”

The Federation of Sovereign Indigenous Nations announced Thursday that all FSIN-related sporting events, gatherings, conferences and forums are postponed until further notice.

The FSIN Executive also wants the federal and provincial governments to "ensure that the 74 Member First Nations are given high priority for health services and potential anti-viral vaccines and that health and emergency management investments are increased in advance of the strain medical facilities will surely endure and are allocated directly to the First Nations," the group said in a news release.