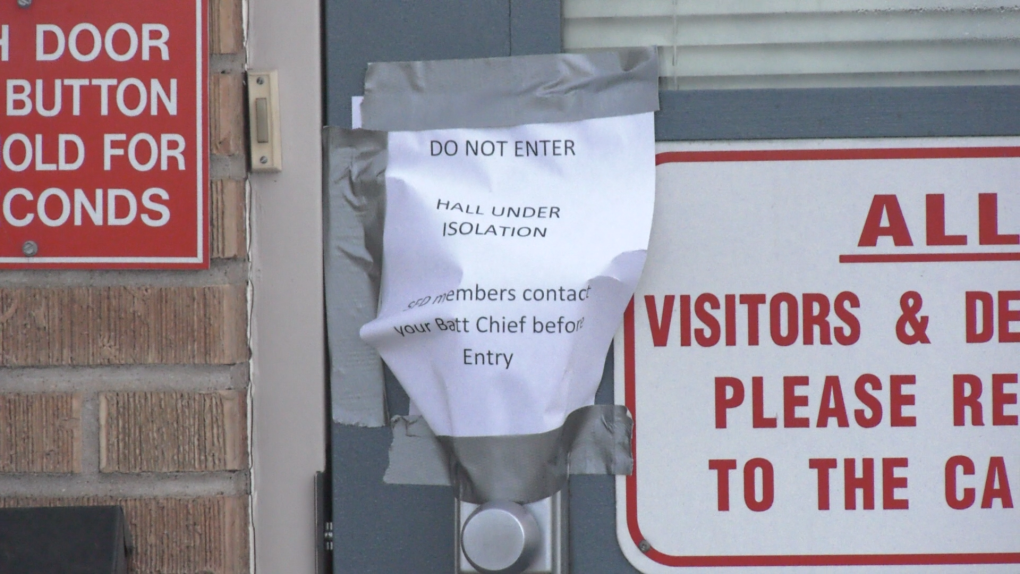 SASKATOON -- A Saskatoon fire station is now under a precautionary quarantine.

Wednesday night a fire engine responded to a medical call for a patient experiencing shortness of breath, Saskatoon Fire Department said in a news release.

The quarantine at Fire Station No. 4 was initiated after it was learned the patient was to be tested for COVID-19.

A note posted on the station's door Thursday morning read "DO NOT ENTER. HALL UNDER ISOLATION. SFD members contact your Batt Chief before entry."

Two Saskatoon paramedics who responded to a call Wednesday night were initially put into self-isolation according to Troy Davies, director of public affairs for Medavie Health Services West.

The two paramedics were sent home and have since been downgraded from self-isolation to self-monitoring, Davies said.

"A lot of this isn't black and white, this is all a grey area, this is new."

If more cases arise in the province Davies said calls involving symptoms of COVID-19 will be approached with extra caution.

"They have to assume (patients) have the virus until proven otherwise. They'll be wearing their protective gear."