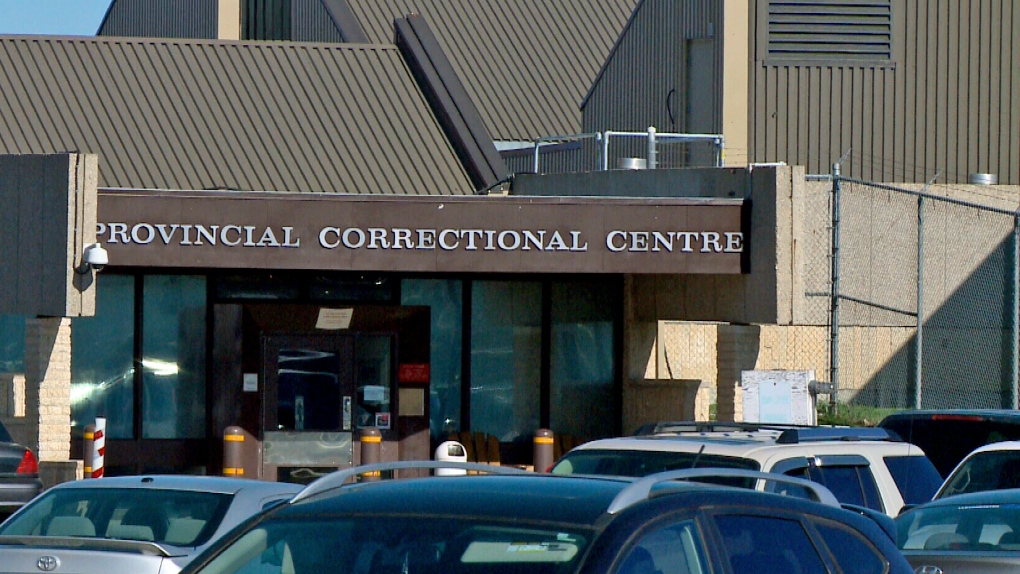 SASKATOON -- An inmate inside Saskatoon's jail says he and others are faced with crowded conditions and too much uncertainty surrounding COVID-19.

"It's creating a culture of fear here with the inmates not knowing what's going on. The only information that we get is coming from you guys. It's coming from our TV," Cory Charles Cardinal told CTV News during a phone interview earlier this week.

While speaking to CTV News earlier this week — during a 10-minute, outgoing phone call allotted to inmates — Cardinal described the cramped quarters inside his unit as the jail grapples with confirmed COVID-19 cases inside the facility.

At the time of Cardinal's interview, there were three known cases among inmates and eight staff members who had tested positive for the illness.

Cardinal said inmates feared the spread of the coronavirus inside his unit, where there are not enough bunks to accommodate everyone confined there.

Pierre Hawkins, who serves as public legal counsel for the John Howard Society of Saskatchewan, an organization that helps inmates reintegrate into their communities after release, says the situation inside the province's correctional facilities is concerning.

"It is very dangerous as a setting, the correctional setting is a dangerous place for COVID-19," Hawkins said.

"Because obviously, we have a lot of people crammed together. That's an ideal setting for the spread of the virus."

He said the lack of information Cardinal describes is typical inside correctional facilities — where inmates are usually the last to learn of changes — but the situation is heightened with the pandemic is factored in.

"They get afraid, often when they don't know what's going on around them, especially when you're talking about a situation where their health is at stake," Hawkin said.

"(Inside jails) you have high rates of conditions like HIV and hepatitis C that certainly complicate the COVID-19 situation."

Hawkins said SPCC and other correctional facilities have inmate committees tasked with communicating with management that could be leaned on during the pandemic.

"I don't really see a reason why those committees can not only be kept apprised of what's going on, but consulted on some of these measures," Hawkins said.

He said from what he's aware of, some of the advocates who serve on these committees have made some "pretty small and reasonable requests" related to the coronavirus pandemic.

"I think that it would serve us all well for the ministry to be in consultation with (inmates)about how to protect them.”

In an emailed statement to CTV News, a Ministry of Corrections and Policing representative said staff and management are always available to discuss concerns with inmates and there are processes in place to raise concerns at each facility.

"Management teams are regularly making themselves available to give offenders the opportunity to ask questions and raise concerns they may have about COVID-19," the statement said.

During his phone interview, Cardinal said there is not enough transparency about how the ministry plans to handle the pandemic.

"What would happen if an outbreak occurred? How they would deal with people with health concerns that are immunocompromised? The older inmates that are vulnerable," Cardinal said.

"There's not a lot in inmates with a skill set that can advocate for themselves … also there's a lot of barriers that exist in trying to voice their concerns."

One measure the ministry said it is taking in response to the rise in COVID-19 cases, is setting up trailers containing modular living units at its Saskatoon facility and Regina Provincial Correctional Centre.

The ministry wouldn't say whether the trailers would be used to help inmates self-isolate or are intended to spread out the inmate population inside the jails — which is Hawkins' most pressing concern.

"At the beginning of the pandemic, some advocacy organizations as well as inmates, advocated for the reduction of the number of prisoners in Saskatchewan so that those prisoners could do the kind of social distancing that we can do out here," Hawkins said.

According to Hawkins, by working with the courts early in the pandemic, the ministry managed to lower the population of inmates inside facilities that were "significantly overcrowded" by about 30 per cent.

"However, we know that since then, the numbers have gone right back up and we're effectively right back to the place where we were before the pandemic started."

Hawkins said there are ways to reduce the number of people in jails without putting the public at risk.

"Saskatchewan uses remand to hold people before their trial, while they're still innocent, at twice the national average," Hawkins said.

"We're not talking about asking for the release of violent criminals who are going to have an impact on community safety here, we're talking about taking a more nuanced approach."

--With files from Shawn Churchill

Tracking every case of COVID-19 in Canada

Defiance of church near Steinbach, Man., coming at a cost to neighbouring church

Canadians age 85 and older account for over half of excess deaths amid COVID-19: StatCan

ICU doctor's COVID-19 warning: 'This is what you'll see at the end of your life'