'One of the brightest': Saskatoon man captures northern lights on one of the coldest nights 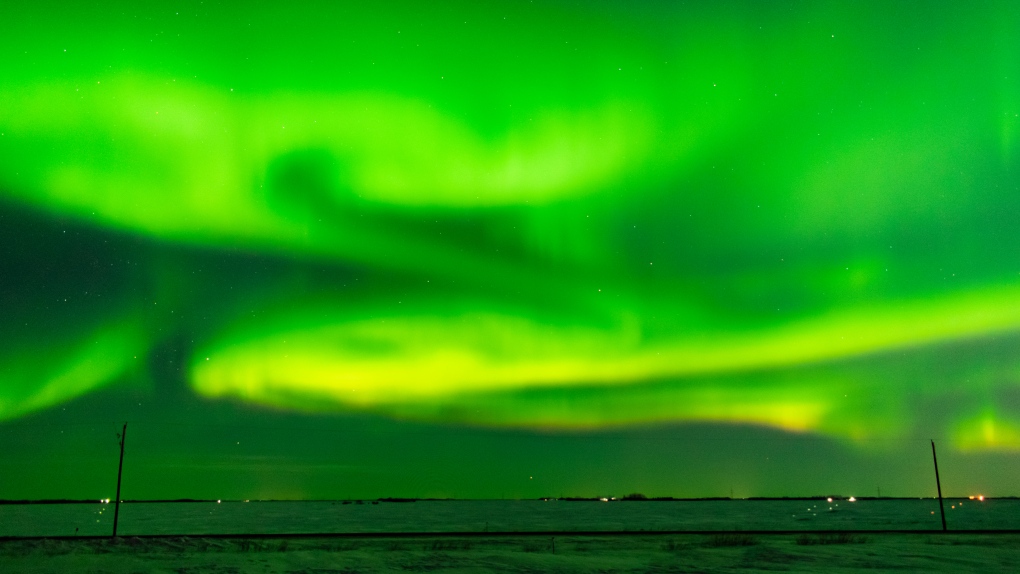 Aaron Suek captured the northern lights from his acreage west of Saskatoon on Feb. 6. Photo by Aaron Suek

SASKATOON -- A Saskatoon man captured a spectacular time-lapse of the Northern Lights over the city this weekend.

Aaron Suek, who lives on an acreage a few minutes West of Saskatoon and captured the Northern Lights with a camera pointed at the sky through a window so he and his camera could avoid the frigid -33-degree temperatures.

While he’s aimed his camera upwards in the night’s sky about a dozen times, Saturday’s light-show was one of the best, he said.

“This was one of the brightest we’ve seen,” Suek said. “The brightest is when it’s uncomfortable to be outside.”

“The northern lights were so bright, they turned the ground green tonight,” Suek said in a Facebook post.

Suek said he expects the northern lights to be active as the province continues to grapple with the paralyzing cold-snap.