SASKATOON -- People living in Saskatoon and the surrounding region were greeted with a slow, icy commute Thursday morning and in some cases, significant damage left in the wake of a winter storm that tore through the area overnight.

According to Environment and Climate Change Canada, wind gusts reached speeds as high as 102 km/h.

Terri Lang, a meteorologist at the weather agency who joined a City of Saskatoon news conference Thursday morning, said while the system is on its way out of the province it will still be a blustery day.

"The system has moved off into Manitoba, we are left with some gusty winds today, looks like about 30 to 40 gusting to 50, 60, maybe even 70 kilometres per hour through the day," Lang said.

"We could see some blowing snow in and around the edges of the city where there is some fresh snow to blow around, and then things should settle down." 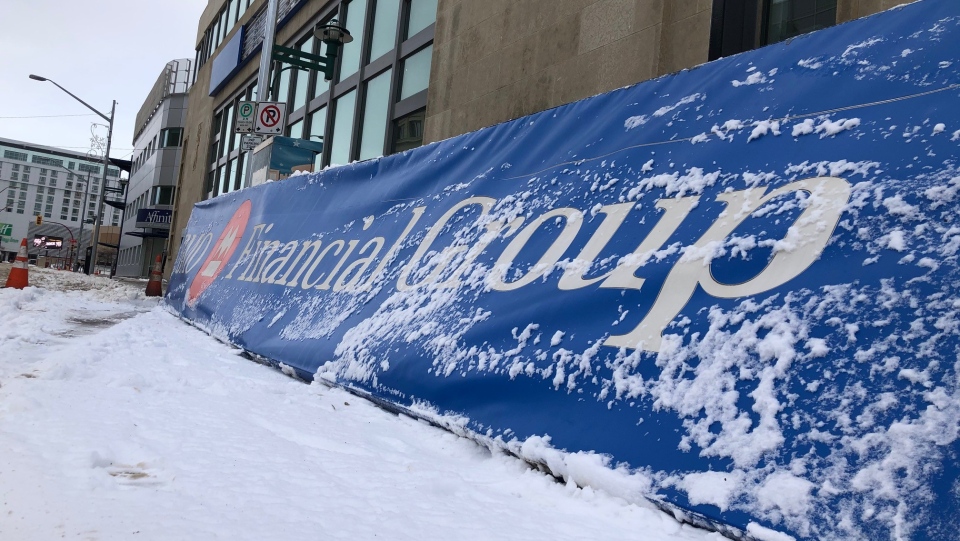 Lang said while the amount of snowfall was low, it was the one-two punch of freezing rain followed by snow that made conditions especially treacherous.

"Didn't seem to be too much maybe upwards of about five centimetres of snow but earlier in the day of course we had had that freezing rain. And then the temperatures dropped so really bad combination all the way around," Lang said

According to Saskatoon Light and Power Director Trevor Bell, three streetlight poles were damaged by the wild wind gusts that accompanied the storm.

One of the poles, located at the intersection of First Avenue and 22nd Street included traffic signals.

A city crew could be seen just after 9 a.m. Thursday cutting the pole apart and removing the traffic signals. 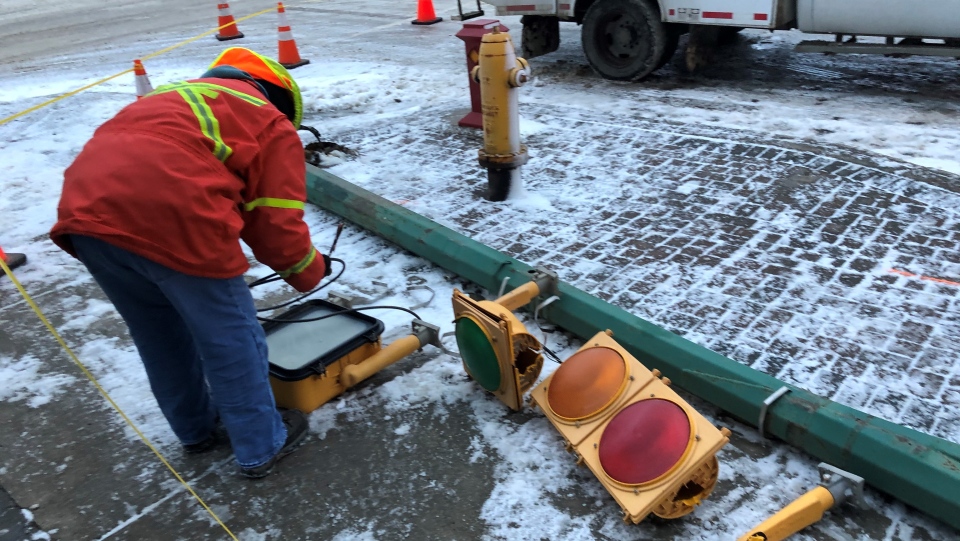 Bell said the storm was responsible for three outages in areas served by the city-owned utility.

A mechanical failure due to wind and moisture knocked power out in Greystone Heights, Bell said.

A second outage in the King George and Riversdale neighbourhoods was caused by trees bending due to the wind and coming into contact with powerlines, causing sparks.

A third outage in the city's Nutana neighbourhood was also caused by a tree, which broke and fell on power lines, Bell said.

The outages began at around 8:30 p.m. and service was restored by 4:30 a.m. Thursday, according to Bell.

Parts of Warman, Martensville and surrounding areas were hit by outages as well, leaving many without power overnight as SaskPower worked to restore service. 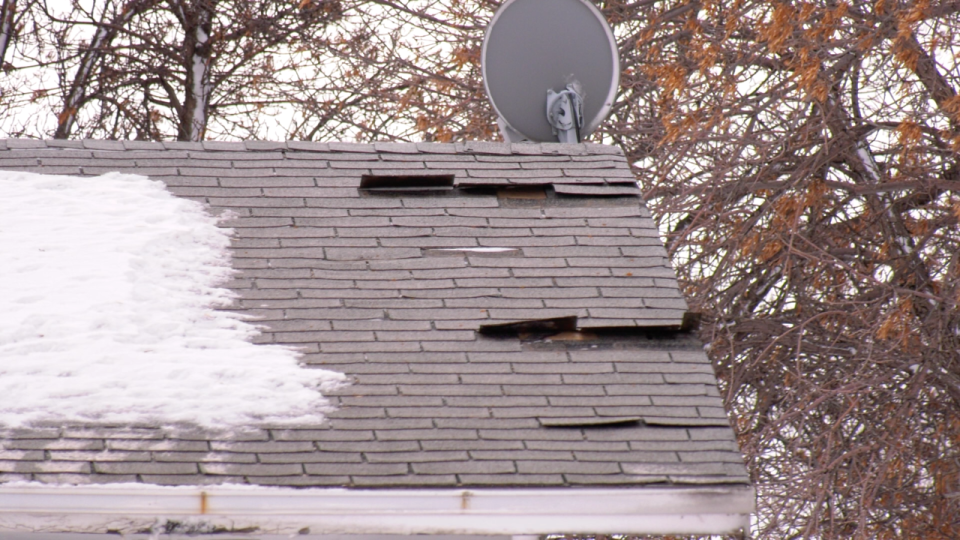 “It's really a combination of trees coming into contact with power lines, a lot of the outages have actually been from line gallop where the wind has blown a conductor into each other causing a shortage in the grid,” he said. “Other times cables to snap, or structures are blown down.”

As of noon Thursday, Saskpower estimated 78,000 customers were still without power and McGregor said windy conditions were slowing repairs.

“Our crews are currently patrolling all around the province to try and find faults. One of the key kinds of things holding our repairs back is still the weather,” McGregor said. 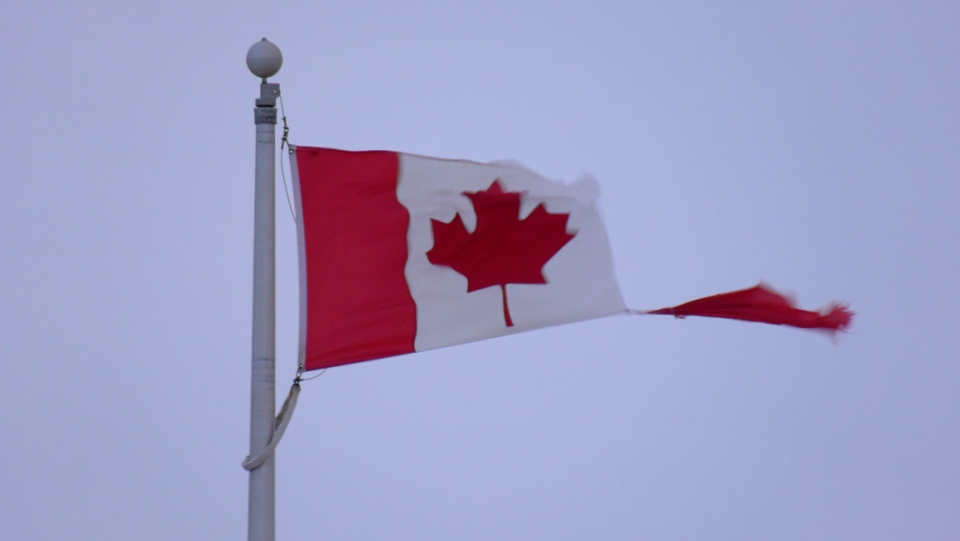 “If one of our technicians needs to go up into a bucket or climb a pole, it's not safe to do that right now in a lot of places, so those repairs are going to have to wait."

Road crews spent the night spreading salt and sand on Sasktoon's high-traffic streets and will continue working to combat the ice that formed on streets during the storm, according to the head of the city's roadway's division Goran Saric.

Saric said graders were out on two of the city's busiest thoroughfares overnight, Idylwyld Drive and 22nd Street to prevent ice buildup and plows also worked to cleared snow drifts during the storm.

Garic said on Thursday there would be 20 sanders targeting high-traffic streets, bridge decks and intersections and eight high-speed plows working to clear drifts in outlying areas. Graders were out on  Eigth Street and College Drive as well.

He said that between the efforts of road crews and expected milder temperatures, conditions will improve. However, he urged drivers to be careful. 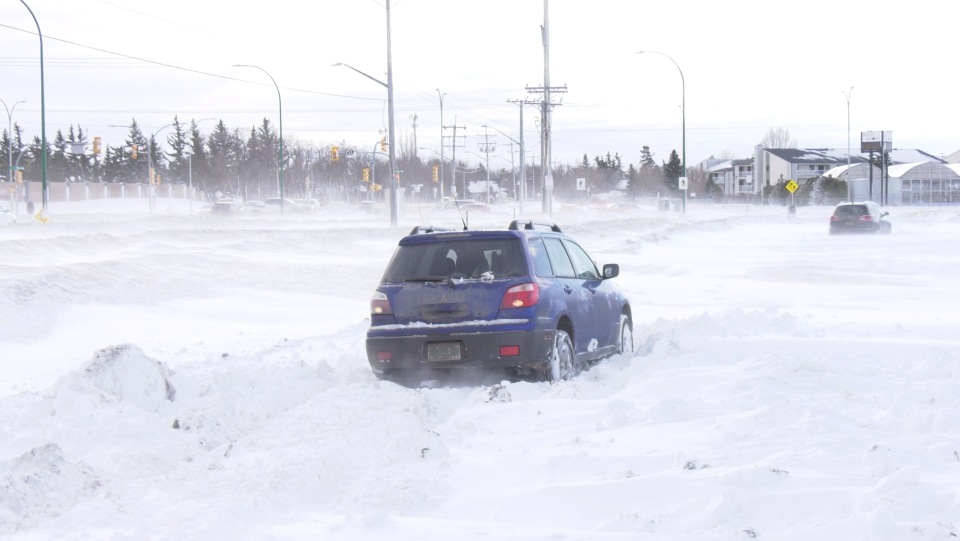 "I would still warn all the drivers and residents to drive with caution. This morning and today throughout the day, to slow down when they see equipment with a number of flashing lights and to allow them enough room to complete their winter maintenance operations," Garic said.

Saskatchewan RCMP said it responded to 182 crashes from 8 a.m. Wednesday to 8 a.m.Thursday and that 200 vehicles were in the ditch or abandoned.

Jenny Gagan spent much of Wednesday night stranded in her vehicle on Highway 21, south of Eatonia.

“I don’t think I’ve ever seen that in Saskatchewan, the wind was just howling. You could hear the squeal of it,” she said. “Like a tornado or something like that.”