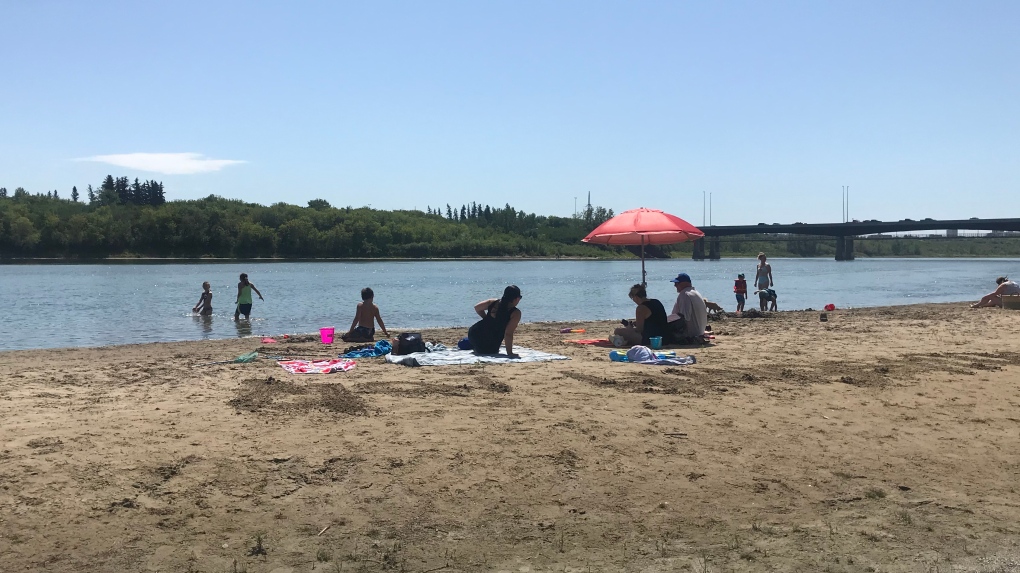 Beach goers enjoy the sunshine in Saskatoon in this file photo.

SASKATOON -- A new tool from Google is provides a glimpse into the ways Saskatoon could cut its carbon emissions and how a changing climate could alter the city’s weather decades from now.

According to the tech giant’s new Environmental Insights Explorer, Saskatoon could reduce its carbon footprint by 164,000 metric tonnes if solar panels were installed on every viable rooftop in the city.

That would be what the tool classifies as a medium amount compared to other cities.

The explorer is a free tool intended to make it easier for cities to measure their emissions, set climate goals and develop climate action plans, Google said in a news release.

The tool was developed in partnership with the Global Covenant of Mayors and first launched in 2018, featuring Victoria, B.C. as an inaugural city. On Monday, Google expanded the tool to several other cities across Canada.

Saskatoon is one of only 25 North American cities currently featured in the explorer.

“Google remains steadfast in its commitment to sustainability and a zero-carbon future. By making complex data simple and easy to understand, we aim to empower cities with technology to help create a clean and healthy planet for everyone,” Google sustainability officer Kate Brandt said in a news release.

Saskatoon's building emissions and potential solar values are based on data from 80,700 buildings. Transportation emissions are estimated from the 239,000,000 trips that started or ended in Saskatoon in 2018.

The tool also includes 20-year climate projections from the NASA Earth Exchange in which emissions grow unabated. Saskatoon is projected to see a 13-day increase in hot days each year, equivalent to present-day Richmond, Virginia.

Saskatoon is also projected to have a seven-day decrease in cold days, making it similar to present day Edmonton.

The city's precipitation is not projected to change, according to the tool.

“Measuring GHG emissions is just one piece of the puzzle,” Rebecca Moore, director of Google Earth, the team behind EIE, said in the release.

“For example, cities can use EIE data to answer a question like ‘How could we reduce our carbon footprint by transitioning some percentage of short car trips to bicycle trips?'"

The Environmental Insights Explorer does not yet capture emissions generated by agriculture and land use, forestry, other industrial activities or waste management.

The tool also includes five cities in South America, three in Europe, one in Asia and one in Australia.