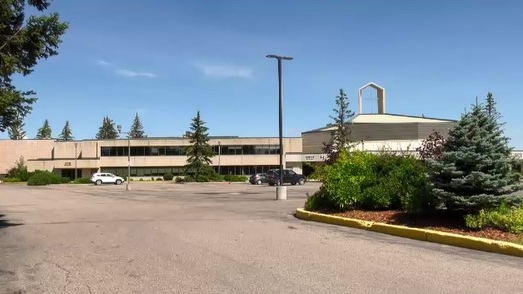 A private Christian school in Saskatoon is having its lease terminated following widespread abuse allegations connected to the school.

Grace Christian School was renting a portion of Forest Grove Community Church. The church's website posted an update Monday saying it was terminating the lease as of Sept. 1.

"We are greatly concerned upon hearing of the abuse suffered by the victims mentioned in recent news articles, which named a tenant leasing space in our facility, Grace Christian School. Our church staff and leadership are praying for all involved," the statement read.

Last week, Saskatchewan's education ministry announced it is appointing an administrator to oversee Grace Christian School and two other schools at the centre of a criminal investigation of a proposed class action lawsuit.

"We are grieved for the students and families that will be affected and did not make this decision lightly," the statement from Forest Grove Community Church.

The statement went on to say, "out of respect for the ongoing investigation" the church would have no comment on Grace Christian School or their operating policies.

Across Canada and around the world, protesters stood shoulder to shoulder on Saturday in solidarity for women's rights and freedom in Iran, as the country enters its third consecutive week of roiling protests spurred by the death of a 22-year-old woman in police custody.

Long COVID: What science has learned about the loss of smell and taste

Some five per cent of global COVID-19 survivors have now developed long-lasting taste and smell problems, according to a 2022 study. More than two years into the pandemic, researchers found an estimated 15 million people may still have problems perceiving odours, while 12 million may struggle with taste.

After being encircled by Ukrainian forces, Russia pulled troops out Saturday from an eastern Ukrainian city that it had been using as a front-line hub. It was the latest victory for the Ukrainian counteroffensive that has humiliated and angered the Kremlin.

After supporting shelter operations in Atlantic Canada for the first week following Fiona, the Canadian Red Cross is shifting its efforts to a new task: helping the provinces distribute emergency funds.

Mere months after a judge handed down a verdict in the Johnny Depp-Amber Heard defamation trial, the courtroom drama has been adapted into a film by streaming service Tubi called 'Hot Take: The Depp/Heard Trial.'

Orlene grew to hurricane strength Saturday and is heading for an expected landfall early next week on Mexico's northwestern Pacific coast.