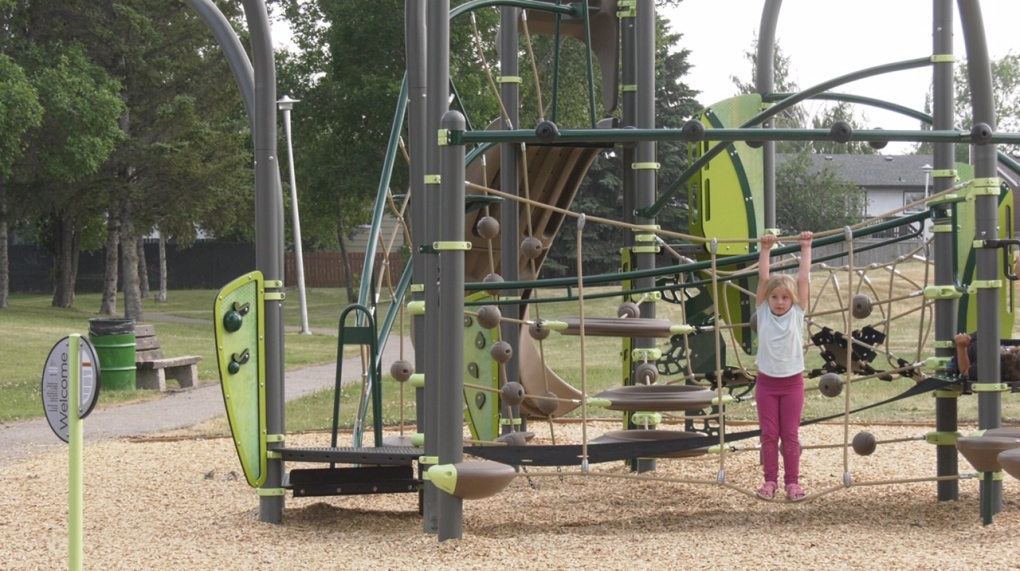 The AC Howard Park on Bliss Crescent has reopened to the public after a $130,000 redevelopment. (Jayda Taylor/CTV Prince Albert)

SASKATOON -- The City of Prince Albert has reopened a playground in the Crescent Heights area following a major upgrade.

The AC Howard Park was redeveloped as part of the city’s Playground Replacement Program and was identified as the “number one need” in the master plan based on feedback from residents.

The park has some inclusive features. Although the sand and wood chips surrounding the structures aren’t ideal for wheelchairs, parks manager Tim Yeaman said the department tried to have equipment close to the walkways.

“We’re definitely trying to make those improvements as we go along, think about the accessibility concerns that some of our residents have with children and younger adults and make sure that we’re paying attention,” he said.

Karen Pikaluk has lived in the area since 1983. She advocated for an upgrade to the park because she had no place close by to take her grandchildren.

“I just decided that it was going to be my mission to get something back into the park for all of the neighbourhood kids,” said Pikaluk.

Yeaman said the parks department’s next big project is completing the outdoor fitness centre at the Alfred Jenkins Fieldhouse, which should be done by the end of August. He said they’re also working on a play space at the Carlton Community Club.