PRINCE ALBERT -- Prince Albert’s mayor is calling on the provincial government to fine the organizers of church meetings in the city linked to a COVID-19 outbreak that has since spread to northern communities.

The Saskatchewan Health Authority (SHA) declared a multi-jurisdictional outbreak on Wednesday afternoon. The outbreak traces back to events at the Full Gospel Outreach Centre in downtown Prince Albert held between Spet. 14 and Oct. 4.

Over 100 people are involved in contact tracing related to the events, according to an SHA news release.

Mayor Greg Dionne said the organizers should be fined for not following preventative measures.

“They’re breaking the rules and they better stop immediately. They’ve already shown us their careless action has caused this wave,” said Dionne.

“They’re just not risking themselves. They are liable and responsible for the spread that is happening right now.”

A photo posted on Facebook by evangelist Ian Lavallee, which appears to have been taken at a Sept. 12 event, shows a room filled with dozens of people who aren't physically distanced or wearing masks. 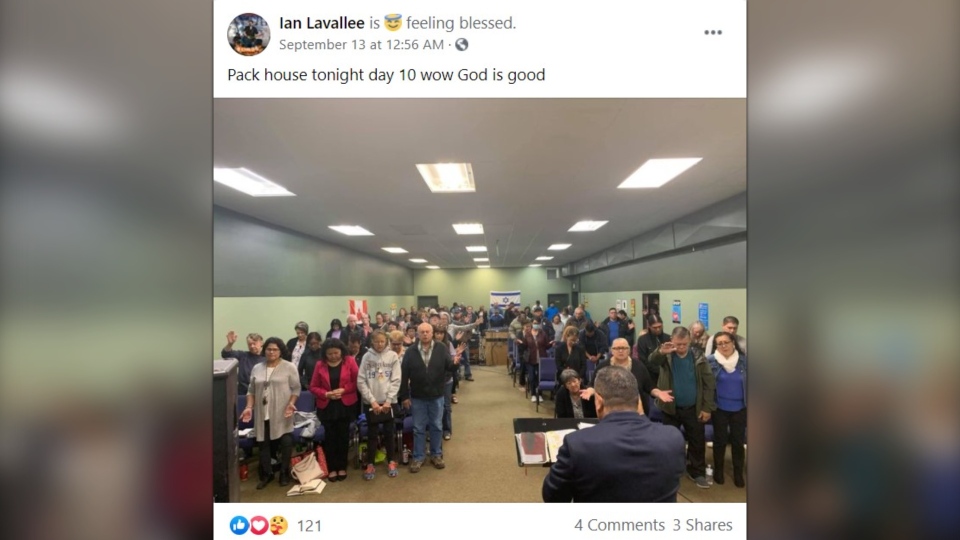 The Government of Saskatchewan’s guidelines for places of worship say people must be separated by at least two metres and wear masks while singing.

Peter Ballantyne Cree Nation communities are also in lockdown, after five confirmed cases that can be traced back to the events.

Chief Peter Beatty said two of those cases are in Southend and three are in Deschambault Lake.

CTV News has attempted to reach the organizers of these events and has not yet received a response.