SASKATOON -- At the Saskatoon Museum of Military Artifacts, Corporal Kevin Hicks doesn't hesitate to share his experiences after years of service.

“There's a guy with a military medal and I felt like about that big, you know there's this guy who goes and diffuses bombs and he was calling me a hero, we're just ordinary really, we're nobody special, we're not actors are we,” said Hicks.

Growing up in Birmingham, England, Hicks enlisted at age 16 as there were work shortages in the city. After witnessing a horrific car bomb, Hicks was turned away from the military for several years.

“I served all over the world in different theatres, one of the big shocks I suppose is when you see your first person being killed and you see the real color of blood,” said Hicks. “The worst of all is when you lose a friend, and that’s a killer, part of you is lonely for the rest of your life if you can understand that.”

By the late 1970s, he had reenlisted and was serving as a military policeman patrolling the Berlin Wall in the height of the Cold War.

“Patrolling the East German corridor you could see what communist East Germany was really about,” said Hicks. “Old ladies just working on the side of the road because all the young men were border guards or in the army. It was not a nice place. When the wall came down you could go in to the east, you could see the state of it, it just hadn't advanced. It was serious, people would be shot just trying to get out of East Germany, they'd be shot dead in front of you, although I never witnessed it, I saw the aftermath. How lucky we are.”

After time spent at Checkpoint Charlie, Hicks was thrown into Operation Banner, the longest continuous deployment in British military history. Keeping civilians safe from bombings during the time period known as The Troubles, saw relentless religious conflicts in Northern Ireland.

“I was there '79, '80, so two full years and the second part of it I was on a unit where we dealt with the terrorist side straight on,” said Hicks. “To feel the sheer hatred between the people, I've never ever in my life come across such sheer hatred in my life. It was hell. Then when you see somebody tortured to death for being nothing more than on the wrong side of the road, and then we had a series of murders where guys were coming home from work, Protestant and Catholic, they'd just be shot, gunned down in the streets.”

There were times when Hicks had close calls for his own life.

“There was a hit on us, you know one minute you’re with a guy, the next minute he no longer exists,” said Hicks. “People often say, what does it do to you? I think it kind of left a shadow on my soul, it stained me. Over in Berlin and East Germany it was the Russians and the East Germans. They were the enemy I suppose in a way, but you knew who they were. When you come to terrorism on the streets, it’s so deep and so bad, so black, you don’t know who the enemy is.”

Hicks was recognized by Queen Elizabeth II for his efforts protecting civilians in a small village in Cyprus a few years later, receiving the British Empire Medal. Now living in Saskatoon, Hicks has spent time teaching history to children through his experiences and knowledge of war, reminding the legacy of Nov. 11.

“Every day is Remembrance Day for a veteran whose served,” said Hicks. “You never forget and I think it's for the civilians. What I like here in Canada is you actually have Remembrance Day. You do it on the 11th and that is fantastic. If we don't know where we're from, how do we know where we're going? If we can teach the kids what sparked it, and the cost.”

Hicks says he's not a hero - rather an ordinary person who took part in extraordinary circumstances fighting for his fellow soldiers at his side and his country. 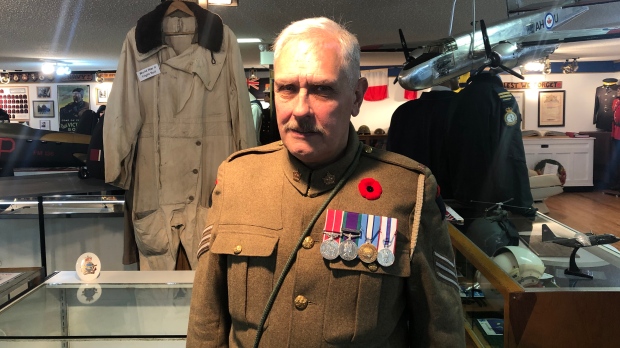 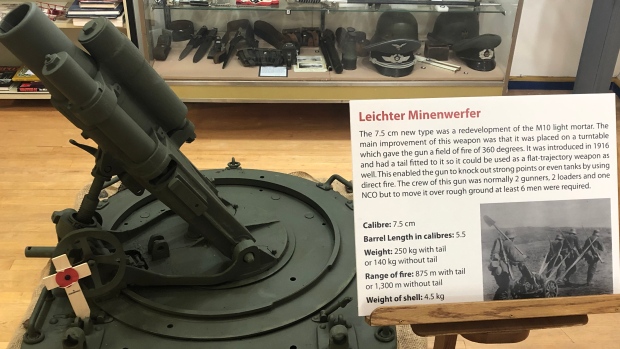 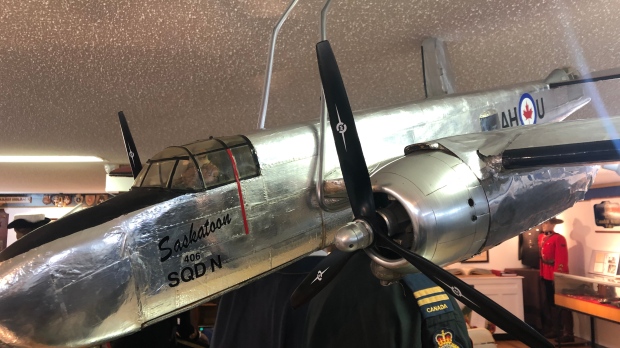