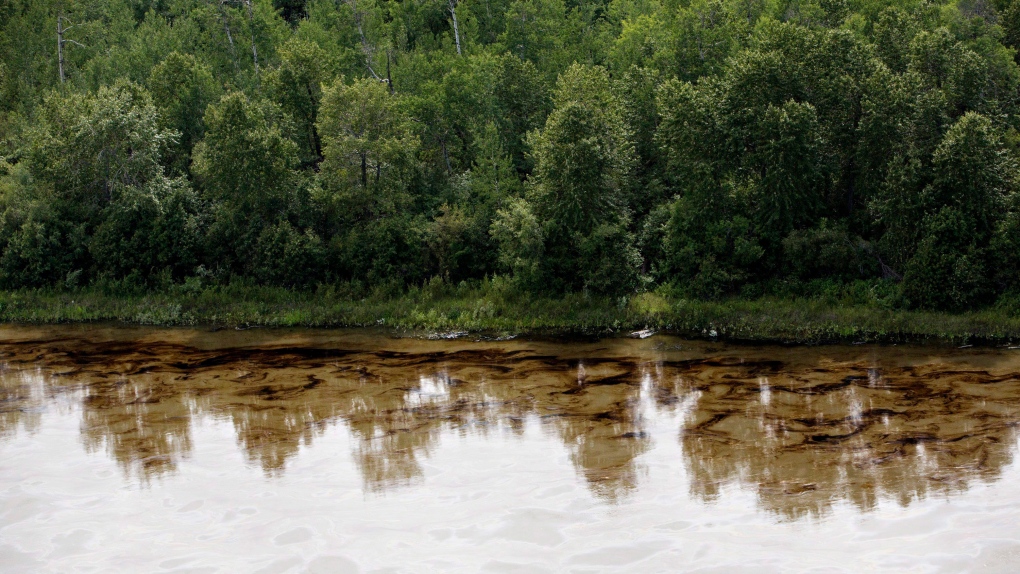 Oil is seen on the North Saskatchewan River near Maidstone, Sask. on Friday July 22, 2016. Husky Energy has said between 200,000 and 250,000 litres of crude oil and other material leaked into the river on Thursday from its pipeline. THE CANADIAN PRESS/Jason Franson

A University of Saskatchewan professor is studying the health of fish in the North Saskatchewan River following last year’s Husky Energy oil spill.

Tim Jardine and his research team are collecting fish and testing the animals for health defects.

“We want to check that the fish are healthy, that they don’t have a large number of parasites, lesions and wounds that we may associate with environmental stress or exposure to chemicals,” Jardine said.

The oil plume flowed hundreds of kilometres downstream and forced the cities of North Battleford, Prince Albert and Melfort to shut off their water intakes for almost two months.

Jardine’s research will look at abnormalities in size and diseases among the river’s fish.

“When you go to the site, it's very difficult to tell that a spill had occurred there because of the significant cleanup that the company had done along the riverbanks. What's much more difficult to see is what's under the water and if there are still chemicals still lingering in that particular area. We should have results on that in a few months time,” Jardine said.

He received more than $200,000 from the federal government — specifically, Fisheries and Oceans Canada’s National Contaminants Advisory Group — for the three-year study.