'We want them to be empowered': Sask. women say many are unprepared for realities of breast cancer

'We want them to be empowered': Sask. women say many are unprepared for realities of breast cancer

A new study reveals 73 per cent of women in Manitoba and Saskatchewan feel they have more to learn about breast cancer and how it could affect them.

The Know More Breast Cancer survey says overall 87 per cent of Canadians diagnosed with breast cancer felt unprepared when they or a loved one received a diagnosis.

Kimberly Carson, CEO of Breast Cancer Canada says these high numbers are “shocking” as there’s a “huge disconnect” between those who are prepared and breast cancer being the largest diagnosed cancer in the world.

Survey results also revealed that 72 per cent of Saskatchewan and Manitoba residents were unable to provide an approximate guess of how many known types of breast cancer there are.

“What people need to understand is that there’s 52 different types (of breast cancer) and that doesn’t mean that they all start after the age of 50,” Carson told CTV News.

Carson also says it’s important for women to understand their family history as it can give a better understanding of the types of breast cancers and that it could affect people at any time.

With World Cancer Research Day on Saturday, the survey hopes to encourage Saskatchewan residents to learn more about breast cancer.

“It’s not a one size fits all. It used to be that you were diagnosed, this was your treatment and this is what happened - it’s different now. There’s so much research, the treatment is so different,” Carson said.

In January 2020, Jennifer Fehr and Marcia Lemon were both diagnosed with breast cancer and met when they had rescheduled surgeries for a double mastectomy. 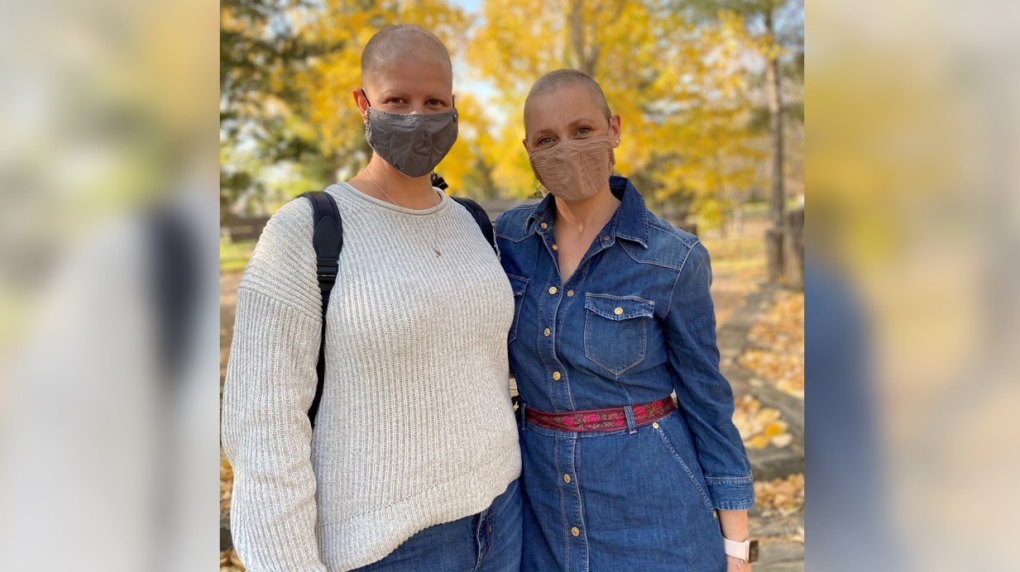 Jennifer Fehr and Marcia Lemon were both diagnosed with breast cancer during the pandemic. (My Cancer Breastie)

A friendship was formed and so was “My Cancer Breastie,” a non-profit organization that aims to support women with breast cancer and educate others on the disease.

“As we were going through the stages of diagnosis, into treatment and so on, I just remember thinking so many times ‘how come no one told me?’’ Fehr said.

Fehr says for her diagnosis she didn’t have a lump in her breast, which is a sign of breast cancer most women are familiar with.

Educating young people on the disease is important to both women because mammograms often don’t begin until over the age of 50. Together, the pair have created a program called “The ABC’s of Breast Health” which has been approved by the Breast Health Centre in Saskatoon and will be delivered to schools in the Saskatoon Public School divisions.

“Education is also really important to us because we both have daughters,” Lemon said.

“We want them to be empowered to understand and be knowledgeable about any changes in their breast health long before they get into a scenario that we found ourselves in in January 2020.”

The pair say their breast cancer journeys are unique because they experienced their diagnosis during the COVID-19 pandemic. They describe cancer as being isolating, but even more so during this time.

“We really think that we were brought together for a reason and a purpose and initially that was to support one another,” Fehr said.