'We need your help': Family searching for Saskatoon 30-year-old woman 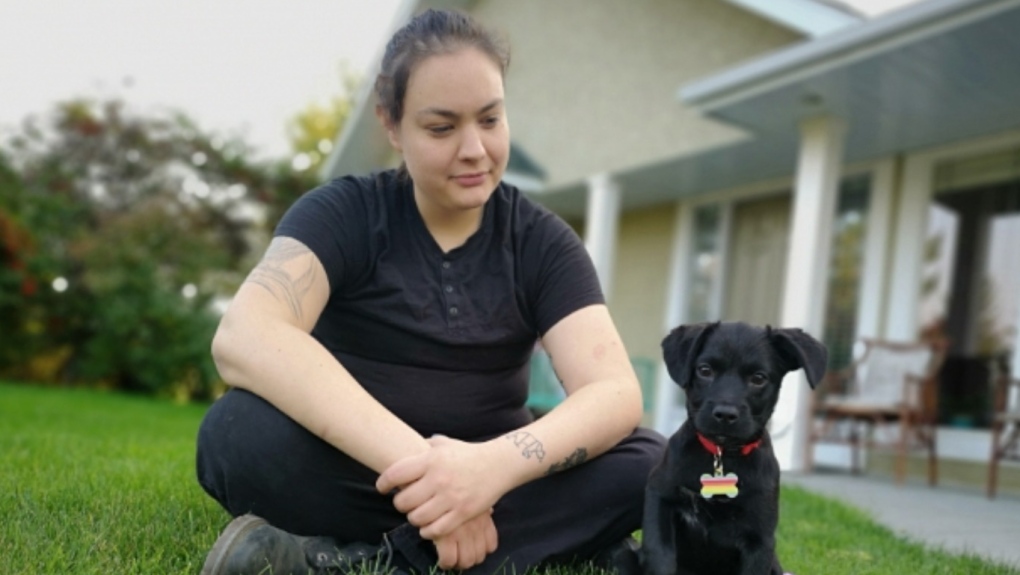 SASKATOON -- The family of 30-year-old Megan Michelle Gallagher made a desperate plea to the public to help find her.

“Megan is a daughter. Megan is a mom. Megan is a sister. Megan is a fantastic relative and an amazing friend to so many people; she is a remarkable human being. So many things just don’t make sense. We so desperately want to find Megan,” said her father, Brian Gallagher, while standing alongside family members and supporters at the front doors of the Saskatoon Police Service headquarters.

Police said Megan has not been in contact with family since Sept. 16. She was last seen leaving a close friend’s house in Saskatoon’s Pacific Heights Neighborhood on Lloyd Crescent at around 2:30 p.m. on Sept. 18. It is unclear if she left the home on foot or in a vehicle.

Family said it is unusual for Gallagher to not be in contact with family for this length of time as she is a mother of a two-year-old girl. Saskatoon police also say there are concerns for her safety as she may be in a vulnerable state. Megan’s phone has been turned off days after she disappeared and family says police are going through her bank transactions for any leads.

“It is very much unlike Megan not to be in contact with friends and family. She loves social media and is usually always on there. She’s from Saskatoon. She spends time between Saskatoon and Cumberland House. She works as a cook in Saskatoon and she’s proud to be a cook,” added Brian.

Megan’s family is from Ile-a-la-Crosse and Cumberland House but she grew up in Saskatoon as an athlete playing baseball, hockey and soccer attending school at Bedford Road Collegiate. She finished her remaining school years in northern Saskatchewan. She later finished her cooking and food and beverage education at the Saskatoon Trades and Skills Centre.

“I really would like for the public to provide any support in finding her and bringing her home. We don’t want to give up hope, we know that somebody out there knows something and I would really encourage you to come forward,” said Ingrid MacColl, Megan’s mother.

Megan’s best friend has been working tirelessly, organizing groups to hand out and put up posters of Megan throughout Saskatoon. Brian says Thanksgiving dinner was especially difficult.

“It was tough. You see missing people posters but until it is somebody like your daughter, it’s hard to explain the emotions that you go through. Your whole life changes in a heartbeat. Every breath you take, everything you see is about that person. You look down the road and you’re always looking for her. You’re always hoping the next phone call is about her, someone will have something to confirm with you,” added Brian.

Megan is described as five-foot-10 and 180 pounds with shoulder-length brown hair and brown eyes. She usually wears black clothing.

She has a half sleeve tattoo with a large owl from her shoulder to elbow, a cross tattoo behind her ear, a rainbow coloured feather on her ankle, the names “Jake” and “Adam” beneath her arm and the #13 on her right hand.

Megan’s sister, Lindsey Bishop, said she is thankful to everyone who has helped with the search so far.

“We’re trying to take care of ourselves and take times to do things that make us happy. We have lots of support from friends and family and we have people from all over Saskatoon and the north to offer whatever help they can.”

Anyone with information on Gallagher’s location is asked to contact police or RCMP.