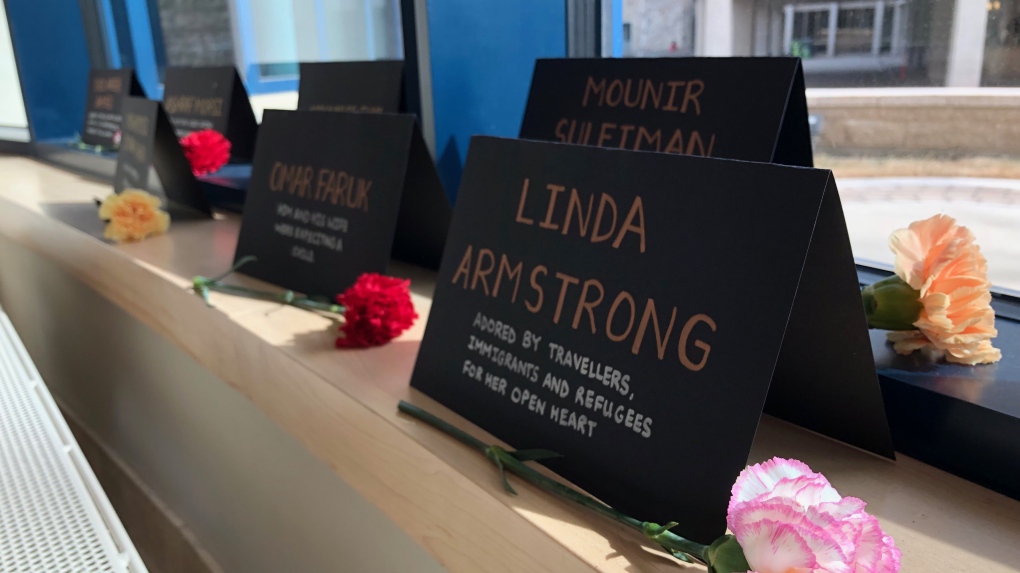 About 100 students, faculty and community members came together at the U of S to remember the 51 lives lost in New Zealand. (Nicole Di Donato/CTV Saskatoon)

SASKATOON -- People gathered at the University of Saskatchewan Tuesday afternoon to remember the victims of New Zealand’s mosque attacks.

“It’s important that we as the Muslim community stand against intolerance and Islamophobia on campus,” said Rida Pervaiz, vice president of the Muslim Students’ Association at the university and one of the speakers at the event.

About 100 students, faculty and community members came together to remember the 51 lives lost in the attacks earlier this month. Two campus security guards were also present.

The Muslim Students’ Association and the Canadian Muslim Chaplain Organization (CMCO) at the university organized the event, which took place in the Gordon Oakes Red Bear Student Centre.

The organizers said it’s important to fill the gaps of knowledge about the Muslim community.

“There are issues regarding Islamophobia not far away in New Zealand only, but it’s also here in Saskatoon,” Pervaiz said.

The victims’ names were written on pieces of paper and were placed with flowers by the windows and on tables at the back of the room.

People from other communities and religious backgrounds came to the event to show their support for the Muslim community.

“I’m Catholic and people assume that just because we’re different religions, we don’t get along. But, this event shows that we do,” said Daryl Malan, a first-year business student.

“I think it’s important to show your solidarity because we’re all human beings at the end of the day and I have a lot of Muslim friends and I just want to show my support,” he said.

Joel Schindel, a CMCO Muslim Chaplain at the university, also spoke at the event.

In his speech, Schindel said that he is now having to teach his four children how to be safe and where to hide in the mosque should a similar attack happen here.

“Understanding that some of the victims were of such a young age, it’s important that I make sure my family is safe.”

Schindel said one of his daughters came up with a “safety plan” to ensure strangers don’t enter their home. This plan involves his daughter asking whoever comes to the door to say their full name before coming inside.

“It was pretty heart-wrenching. I was proud and, at the same time, sad that it has come to this,” he said.

Abdirahman Ali, the treasurer for the Muslim Students’ Association, said it’s important to learn from the past so that similar attacks don’t happen in the future.

“I think this event is very important so that we can learn about what caused this tragic incident and how moving forward, we can make sure we live in a safe and secure and really inclusive community here in Saskatoon.”

Pervaiz echoed this sentiment, adding that it’s important to stand in solidarity to end Islamophobia and intolerance on campus, in the city and in the province.

“For the Saskatoon community, this is the time. Are we going to wait for another tragic event? We need to work together to make sure that campus and the city are safe places for everyone.”