'There will be other Danny Tokarchuks': Former Sask. Pen. teacher says inmate was driven to better himself before suicide

SASKATOON -- A former teacher at Saskatchewan Penitentiary described an inmate who died in his cell in 2017 as polite and driven.

“The Danny that was portrayed in the media after his death was not the Danny that any of us saw at the penitentiary at all,” said Arne Lindberg, who sat in on most of the public inquest into Daniel Tokarchuk’s death.

“(He) made a huge mistake when he was a very young man and was trying to better himself.”

The inquest wrapped up on Thursday. The six-person jury heard from 16 witnesses over three days and spent a full day deliberating.

The jury made six recommendations to Correctional Service Canada to prevent similar deaths in the future.

They included corrections officers always carrying emergency cutting tools and implementing training on how to use them; and parole officers giving sufficient warning when an offender breaches temporary absence conditions. Those warnings should also be done in writing, reads the report.

Tokarchuk had been serving an indeterminate sentence for multiple convictions, including second-degree murder, since 2004. 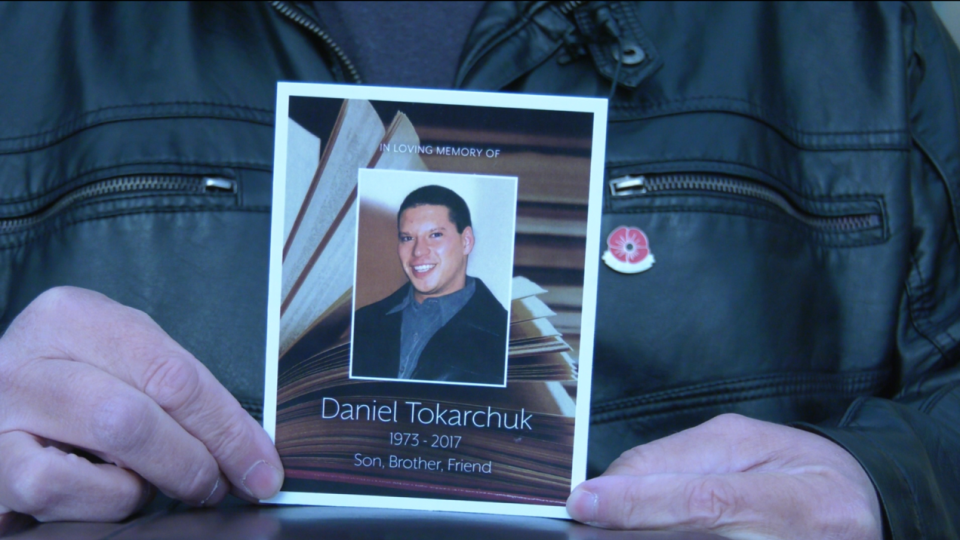 Lindberg said Tokarchuk would always help tutor during school once he finished his own classes.

He also made baked goods while doing community service work at the Salvation Army. On a winter day about five years ago, Tokarchuk escorted a pair of elderly women with walkers into the coffee shop, Lindberg said.

Tokarchuk met a woman who was working across the street from the Salvation Army - Lindberg was the marriage commissioner at their wedding in April 2016.

Their wedding was held at a chapel in Sask. Pen.

“Danny was very, very much in love with his wife,” said Lindberg.

The couple split shortly before Tokarchuk died by suicide in his room in the minimum security unit on June 7, 2017. The jury heard that he suffered from depression for several years.

“I’m very glad the inquest took place because there will be other Danny Tokarchuks around. The measures that were introduced at the inquest, if they could be implemented to save somebody’s life, even one person’s life, that’d be great,” said Lindberg.