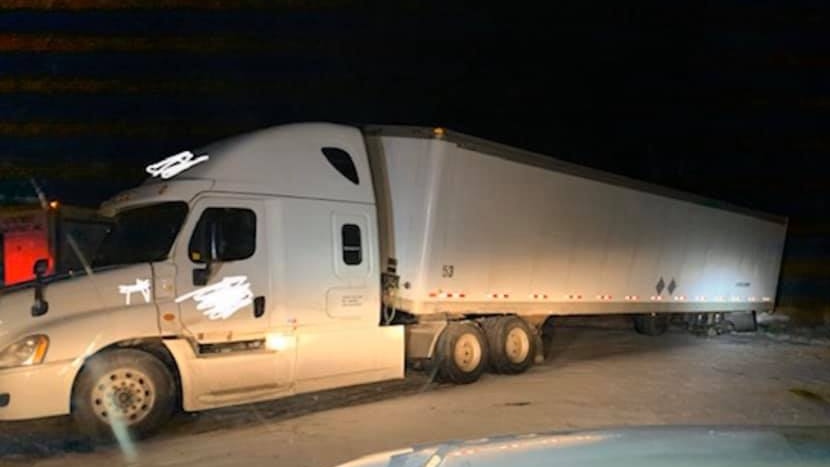 SASKATOON -- A truck driver is facing multiple charges after a strange and dangerous incident near Saskatoon.

Corman Park Police posted photos on social media of a semi-truck’s trailer missing some of its wheels.

Police said the truck was found on Grasswood Road on Sunday around 8:30 p.m.

The driver made the trip with only four out of eight wheels on the trailer and then lost a set during the route, Corman Park Police said in a Facebook post.

The driver continued to drag the trailer before being pulled over, police said.

The driver was charged was driving with a major defect, operating a vehicle with no safety inspection and displaying an unauthorized license plate.