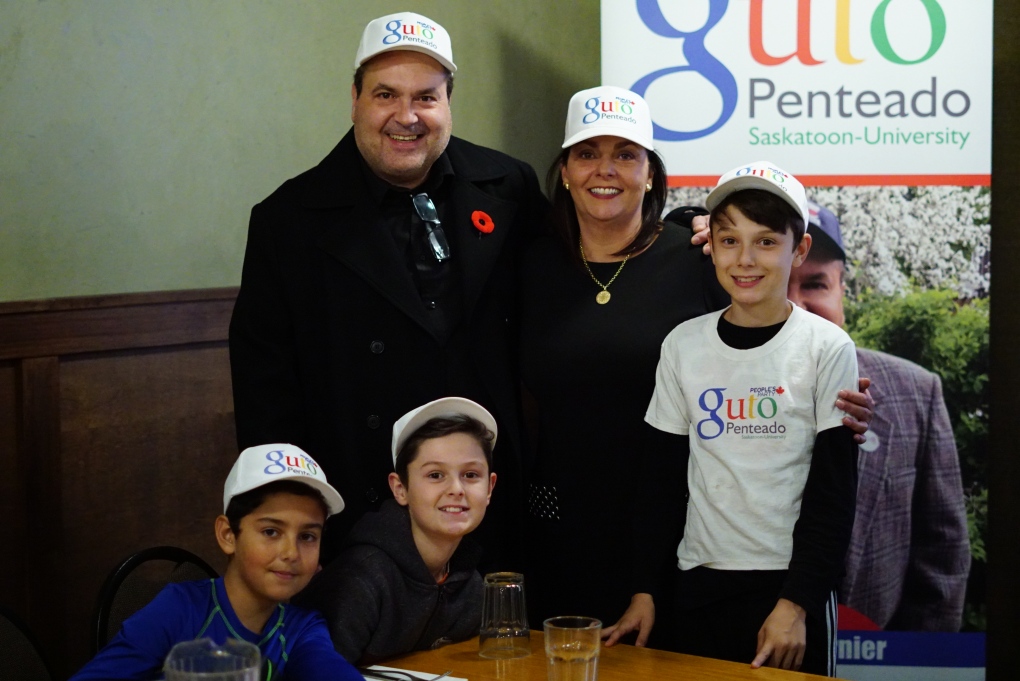 Guto Penteado poses with his sister, 2 kids and nephew at the PPC election party at Venice House in Saskatoon.

SASKATOON -- Purple and white signs decorated the walls of the private party room inside the Venice House restaurant in Sutherland.

But as election night unfolded, the city’s People’s Party of Canada candidates found they had little to celebrate.

The party didn’t win any of the 338 seats available, its founder Maxime Bernier was ousted from his seat and the Trudeau-led Liberals were voted back in power, though this time as a minority government.

“It’s incredibly discouraging that a man like that and a party like that can still be given power, I don’t understand.”

Friesen said he was pleased to see the party garnered some support nationwide with five per cent of the vote.

“That’s pretty incredible for a party that was created 13 months ago.”

However, more than anything, Friesen said he believes this election result will create a separation movement in the West, something he doesn’t want to see.

“I don’t like that discussion, I understand it, the feeling and frustration, but I’m in this fight to save our country,” he said.

With the smell of deep-fried ribs and the sound of clinking glasses in the air, Saskatoon West PPC candidate Issac Hayes simply calls his experience with Bernier’s upstart party “surreal.”

Hayes goes on to describe the last 40 days as a rat running the fastest race.

Before the results began to pour in, Hayes said he was hopeful about the outcome, but went on to compare his fledgling party's path to the Green Party’s political trajectory.

“They’ve been at this for 30 years and they’ve only won one seat,” Hayes said.

And despite Bernier’s loss and the party’s uncertain future, Saskatoon-University candidate Guto Penteado said he thinks there still may be place for the PPC in Canada.

“We are Canadians and we work for Canada, all the other parties are selling us out.”