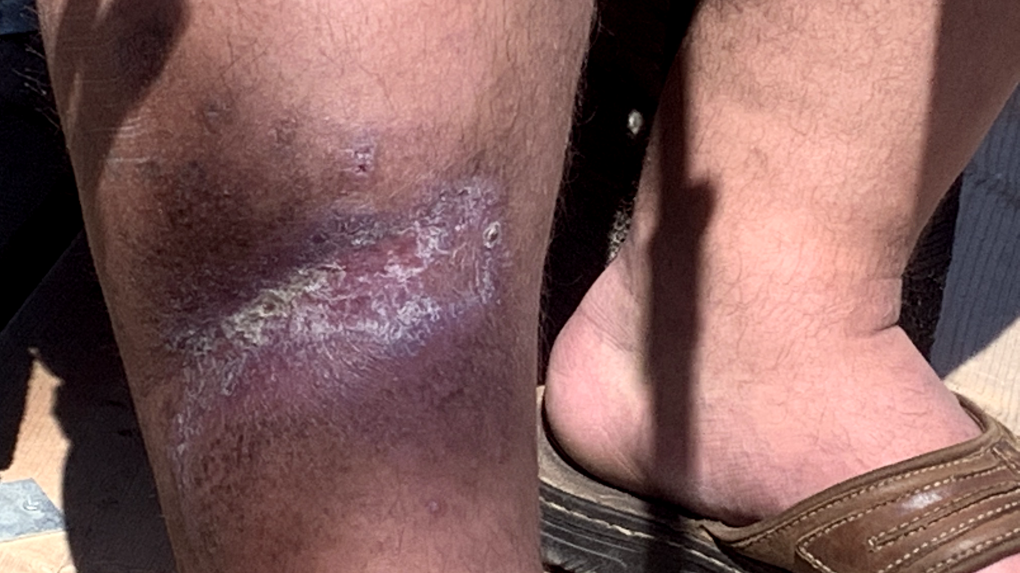 “I believe our members acted lawfully in each of these circumstances. I know that our community deserves an open, objective process to maintain and enhance the high levels of trust and confidence they have in the men and women of the Saskatoon Police Association,” union president Chris Rhodes said via Twitter.

On Thursday, Cst. Cole Miklautsch and Cst. Dennis Baron of the canine unit were charged with assault and assigned to administrative duties pending the outcome of the court proceedings following the conclusion of investigations by the Public Complaints Commission (PCC), according to a Saskatoon police.

Rhodes declined an interview but said he understands the scrutiny officers face in a statement sent to CTV News.

“The members of the Saskatoon Police Association certainly understand that the community we serve hold police personnel to a higher standard of accountability, which is why law enforcement officers are subject to more independent oversight than any other profession,” he said.

Rhodes’ statement continued by saying the union has a responsibility to its members to “ensure the process of accountability is fair and respects their rights as accused” during a “period of heightened scrutiny of the police profession.”

“While we believe our members acted lawfully in each of these circumstances, we know that our community deserves a transparent accountability process to ensure that the high levels of trust and confidence that we all have in the men and women of the Saskatoon Police Service is maintained and enhanced.”

Miklautsch is charged in connection with a July 12, 2019 incident in which a police dog was used to take a suspect into custody following a vehicle chase.

Justin Soroka was the suspect treated in hospital for a dog bite. He was charged with possession of the stolen property and evading police, according to police.

“All I hear is 'quit resisting, I'm releasing my dog' and that was it, I blacked out (when) the dog bit me," Soroka told CTV News.

"I ended up enduring a rupture to my Achilles, I had tendons completely severed. I had 45 stitches and 56 staples throughout six months of healing and surgeries."

Soroka said he was not in the "right state of mind" and was "on drugs and drinking" at the time.

However, he claims multiple officers had already subdued him and believes that Miklautsch should not have deployed the dog.

Cst. Dennis Baron was charged in connection to a June 1, 2020 incident in which police responded to a reported break-in at a fenced compound.

A male matching the description of the suspect was seen running from the scene, according to police.

A police dog was used in the suspect's arrest and he was treated for a dog bite.

He was charged with break and enter, drug possession and breach of conditions.

“There is no doubt this news will be difficult, both for our community and our members, but we would respectfully ask that everyone respects the judicial process and reserves judgement until all the facts are available,” Rhodes said.

Both officers are scheduled to appear in court on May 18 at 2 p.m.