Sask. MLA who came under fire for Palm Springs trip has office peppered with signs poking fun at controversy 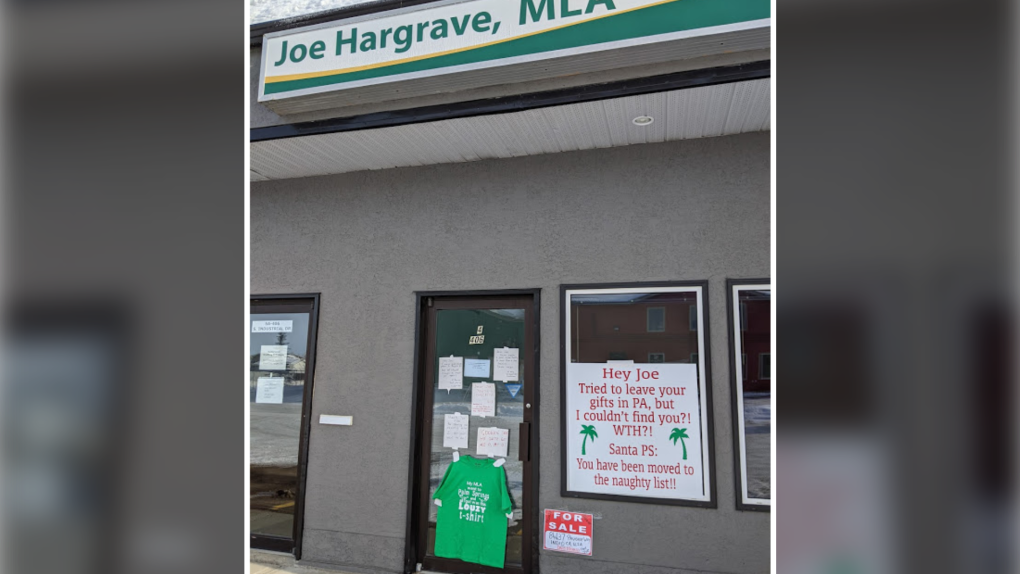 PRINCE ALBERT -- Sometime over the weekend, signs were taped to Joe Hargrave's Prince Albert office which referenced his recent trip to the U.S. at the end of December.

Hargrave stepped down from his role as highways minister after it came to light he had travelled to Palm Springs over the Christmas break, a time when the province was imploring people to stay home to prevent the spread of COVID-19.

Hargrave said at the time of the trip he felt it was warranted and that it was to finalize the sale of a home he owned there.

The signs. were removed Monday morning. One sign called Hargrave a "hypocrite" and another, addressed from Santa said, "Tried to leave your gifts in PA, but I couldn't find you."

"You have been moved to the naughty list," it said.

Hargrave told CTV News he has no further comment on the matter.