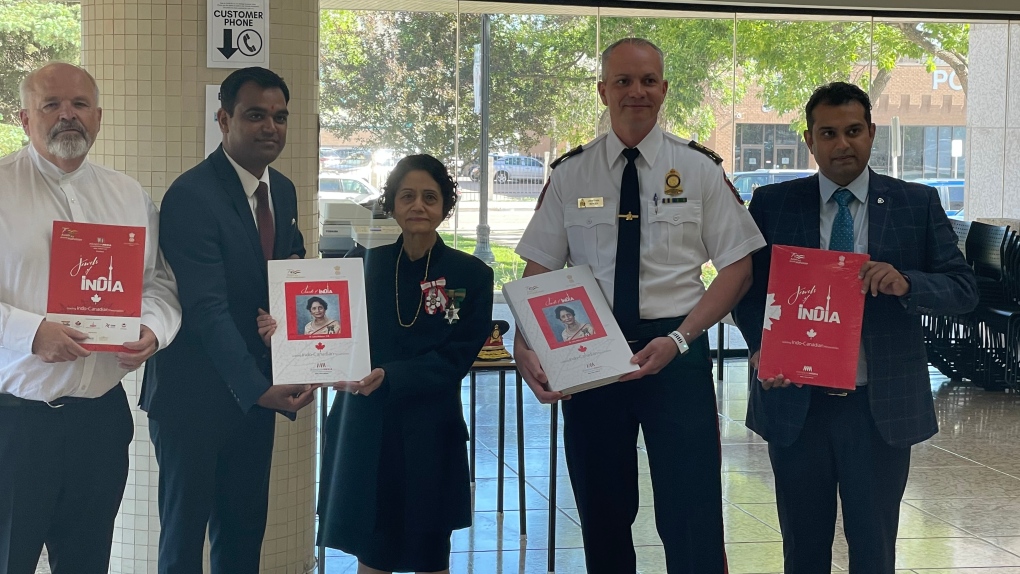 Dr. Lalita Malhotra, nicknamed the “Angel of the North” by Indigenous elders for her work in northern Saskatchewan, received her personalized copy of Jewels of India at city hall on Tuesday.

While visiting Ottawa at an event years ago, she was asked by Governor General David Johnston why a woman from New Delhi, India would live in a place as cold as Prince Albert.

“I said it is the coldest province but you will not find warmer people than in Prince Albert,” said Malhotra, whose sales pitch was good enough for Johnston to visit Prince Albert.

“So he did come, and they were really impressed with the hospitality of Prince Albert. When I went back, he said how much warmth you can feel from the people."

The book was 18 months from idea to reality, released at the start of 2022 for Azadi Ka Amrit Mahotsav, a celebration of India’s 75 years of independence.

Jewels of India celebrates the stories of 75 Indo-Canadian families who have achieved success in a range of areas including business, politics, academia, science and culture.

“This community is well-integrated into Canadian life and adds a unique dynamism and resilience to Canada,” said Ajay Bisaria, High Commissioner of India in Ottawa.

“We hope the book will inspire with stories of outstanding determination and resilience from the lives of some of the most successful Indo-Canadians.”

Malhotra immigrated to Canada in 1975 and was the first independent woman to establish her own medical clinic in Prince Albert.

Since then she's delivered thousands of babies and advocated for women's health issues, especially in First Nations communities in the north.

Malhotra was awarded the Saskatchewan Order of Merit in 2001, the Order of Canada in 2006, and Citizen of the Year in Prince Albert in 2008.

She says while each story is vastly different, there are common themes and lessons readers can learn from those who came before them.

The book is available for purchase online through Maneesh Media, and a copy of Jewels of India is at the Prince Albert Public Library.