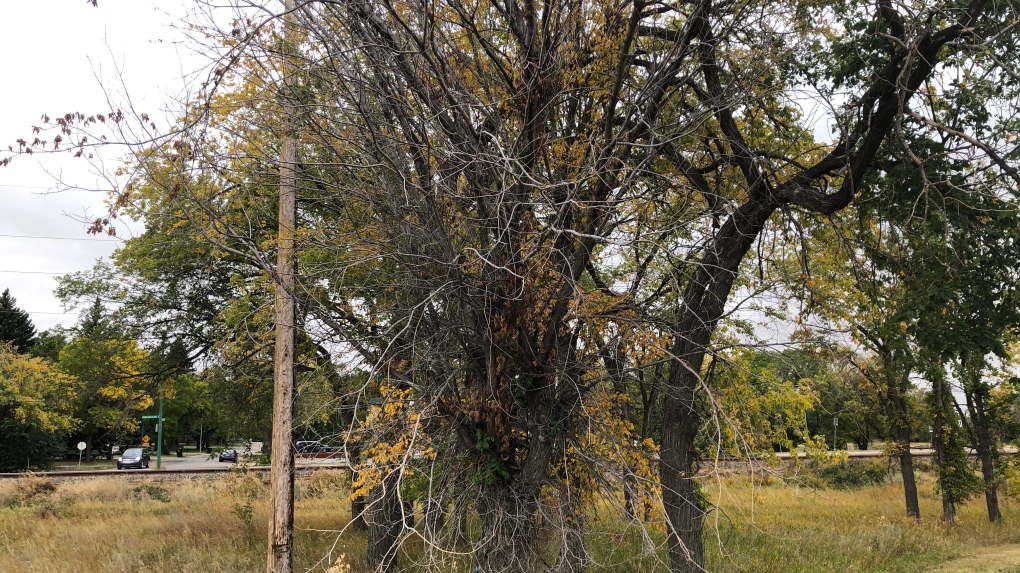 SASKATOON -- Inspectors have issued 71 notices to Saskatoon residents ordering them to dispose of the wood on their property after a case of Dutch elm disease was announced Sept. 15.

“Over the past four weeks, we’ve implemented our response plan and removed a lot of firewood, a lot of other elm violations from the area surrounding the area of the positive tree. We’re fairly confident at this point that in that work that we have removed the source of the infection,” said city entomologist Jeff Boone.

The original tree located in the Montgomery neighbourhood has since been removed and further testing of other trees has been done.

The city says residents can help stop the spread of Dutch elm disease by not pruning elms during the provincial pruning ban between April 1 and Aug. 31, not storing or transporting any elm firewood and always disposing of elm firewood at the city landfill.

So far no additional trees have tested positive for the disease.