What he thought would be a great investment turned into a constant source of stress.

“You go in the building and there’s needles everywhere, there’s graffiti on the wall, there’s bikes in the hallway, there’s garbage in the hallways, there’s broken doors. People use the stairwells for their toilet, people throwing up. It’s just disgusting.” 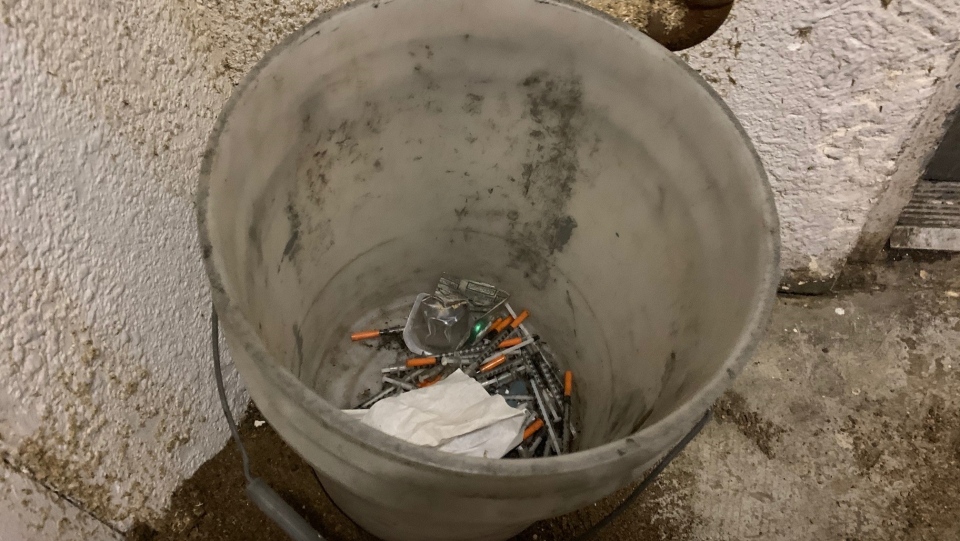 When he bought his unit as an investment property, he said the building was mostly owner-occupied, but now nearly all the 44 units are being rented out.

“Most of the people who live here don’t have jobs, they rely on government assistance. They have drug addictions, there’s domestic abuse, there’s gangs in the building, like you’ll see graffiti with Terror Squad and Indian Posse all over the building. It was never like that before I bought it.”

“I tried many things. I renovated my place, hoping I could sell it for more money. I dropped the price and I just came to the point where enough is enough, I just don’t want to be here anymore,” he said. 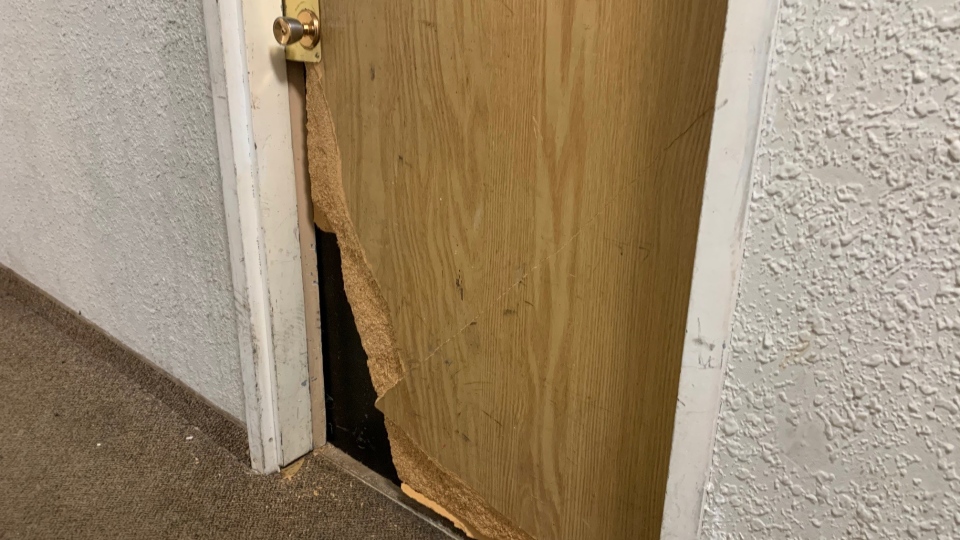 Last year, police were dispatched to the building 410 times for calls related to open drug use, property damage and other disturbances, she said.

“I came down like a week ago, there was an armed standoff on the sixth floor. The SWAT team was here, there was the canine unit, there was the fire department, ambulance. This one guy had a machete. That’s like par for the course in this building,” Wilkie said.

Meanwhile, the Saskatoon Fire Department was at the building 91 times in 2020, and already nine times this year, according to Assistant Chief Wayne Rodger.

He said charges are pending due to concerns about the building’s fire and sprinkler systems identified on Friday, along with other deficiencies.

According to Wilkie, the pending charges are connected to an incident where a small fire was lit in a stairwell,  triggering the sprinklers and flooding the building in the process. 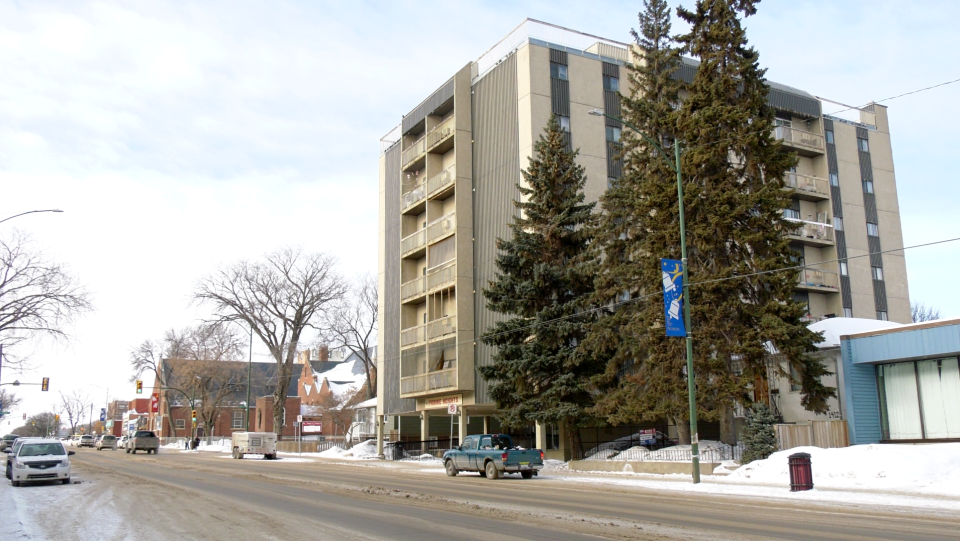 Wilkie and other owners believe the issues stem from people who own multiple units in the building and are renting them out to people without proper screening.

Larry Bozek is one of the landlords who rents out multiple units in the building. He owns 14 condos at Prairie Heights.

“Those people in there got to live someplace. I mean if we try to throw them out of that area, it’s just going to move, we’re going to move them to a different area, So, I mean let’s try to work with these people. Hopefully, they can work with us and give them a place to live,” Bozek said.

Wilkie said he was selective when it came to accepting his own tenants.

“I had two incidents where I had to evict my tenants because they were just terrible. They were doing drugs and just bothering the other people in the building,” Wilkie said.

“I didn’t want to put anyone in the building that would potentially create a problem.”

Cameron Choquette, CEO of the Saskatchewan Landlord Association, said there are options available for condo corporations in situations involving unwanted tenants but the process doesn’t come without hurdles.

For instance, if a landlord refuses to change screening practices and there continues to be nuisance tenants, the condo corporation can proceed with an eviction —  a measure he said can prove expensive and offers no guarantees. 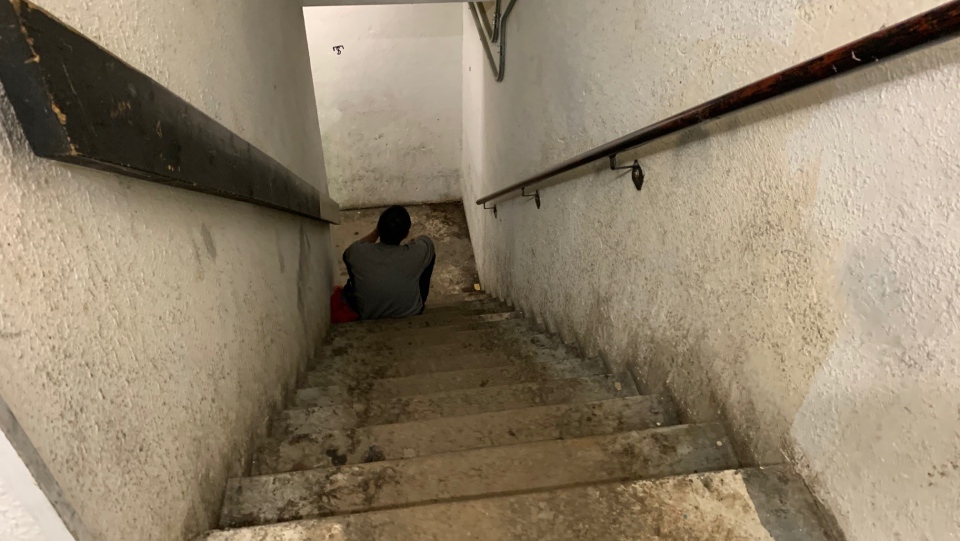 “The condo corp has limited ability to actually enforce upon the landlord-tenant screening practices that may improve the quality of tenants entering the property, so it can be extremely challenging for a condo corporation to remedy a situation like this without significant legal costs being incurred along the way,” Choquette said.

A step made even more difficult by the fact that there are few active board members left at Prairie Heights.

Wilkie was the last president of the condo board. His unit was officially taken over by its new owner on Jan. 18.

He said many of the board members have resigned and the building is in the process of appointing a trustee to take over.

While Wilkie no longer has a financial interest in the building, he said he would like to see changes be made to the Condominium Act to give owners more ability to control who lives in their building.

“Right now there’s no recourse for owners who, in my opinion, don’t want to have their building taken over by a landlord and just ruined,” he said. 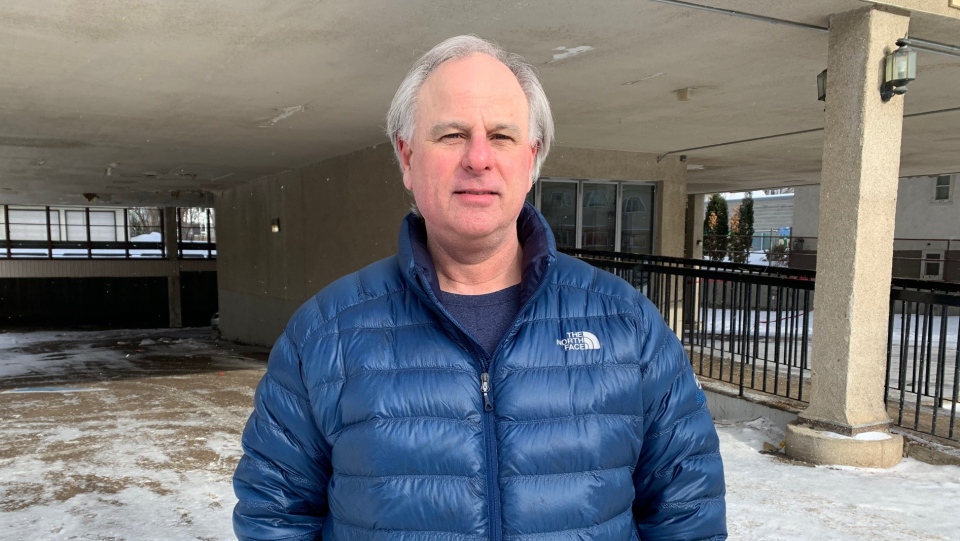 Throughout his time as an owner and a board member, Wilkie said he and others did many things to try and improve Prairie Heights, including hiring property management companies to help with the building, staffing security a couple of days a week and changing the locks on the doors to prevent non-residents from entering.

However, none of that worked, Wilkie said.

“You keep trying to do things to improve the health of the building and just nothing works. It just seems like it gets worse. When I say it’s like a cancer, it’s like stage four cancer, there’s nothing you can do,” he said.