‘I could’ve been one of those people that died’: Former drug user speaks on overdose crisis 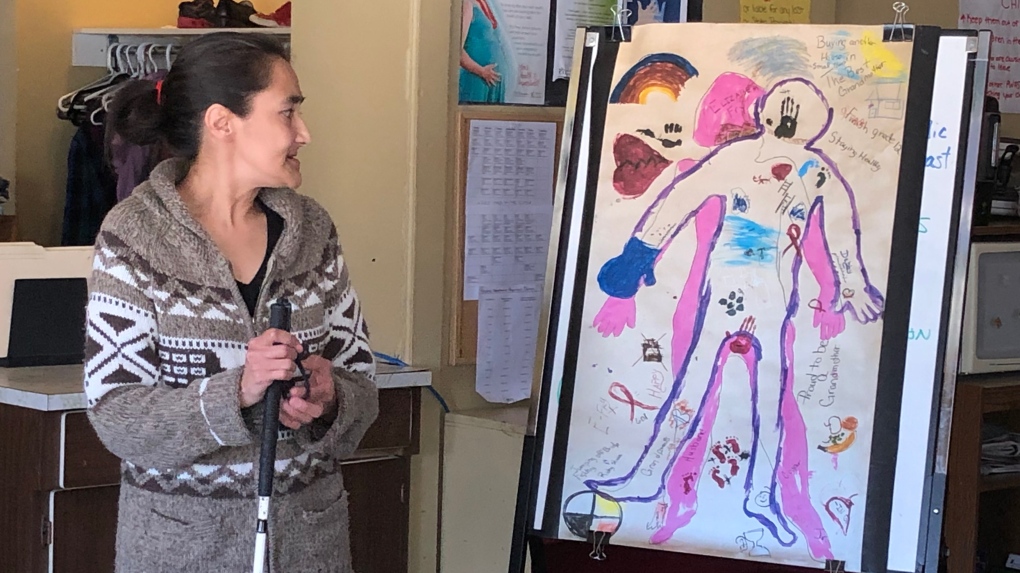 SASKATOON -- Debbie Roberts has overdosed seven times, she is HIV-positive and she lost her eyesight in 2012 after doing crystal meth.

On Tuesday, she shared her story at an event held by AIDS Saskatoon, part of the National Day of Action on the Overdose Crisis. The day of action is organized by the Canadian Association of People Who Use Drugs.

“It means a lot to me because I could've been one of those people that died from it and I have a lot of friends and family that died from overdoses.”

Now, she works in the community to help those who are dealing with addiction and HIV.

According to AIDS Saskatoon, more than 10,000 Canadians have died from accidental opioid overdoses in less than three years. In 2018, Saskatchewan had 78 confirmed overdose deaths.

Roberts said the issue affects everyone.

“It means a lot to everybody because it happens to everybody. It’s not just people in poverty.”

Lauryn Kronick, an education and prevention coordinator at AIDS Saskatoon, said people in the city who use drugs face stigma.

“It’s really important in this time right now that we talk about ending that stigma and also recognizing that a lot of people who use drugs have also lost people to the overdose crisis in their community.”

Roberts uses a form of art therapy – body mapping – to deal with trauma.

“Everybody has trauma and if you can't deal with that trauma, you're not going to get anywhere in life, you won't get anywhere with your addiction or anything.”

While she is able to tell her story, she wishes her husband could do the same. He died of an overdose last year.

Roberts said it isn’t too late for others.

“Just keep hope and there is help out there. And if you take baby steps, then you can get somewhere.”

Roberts and AIDS Saskatoon hope to hold an event like this every year to give drug users and their family members a safe space to share their stories.