'Hit us all at once': Fond du Lac sees COVID-19 surge, lack of water 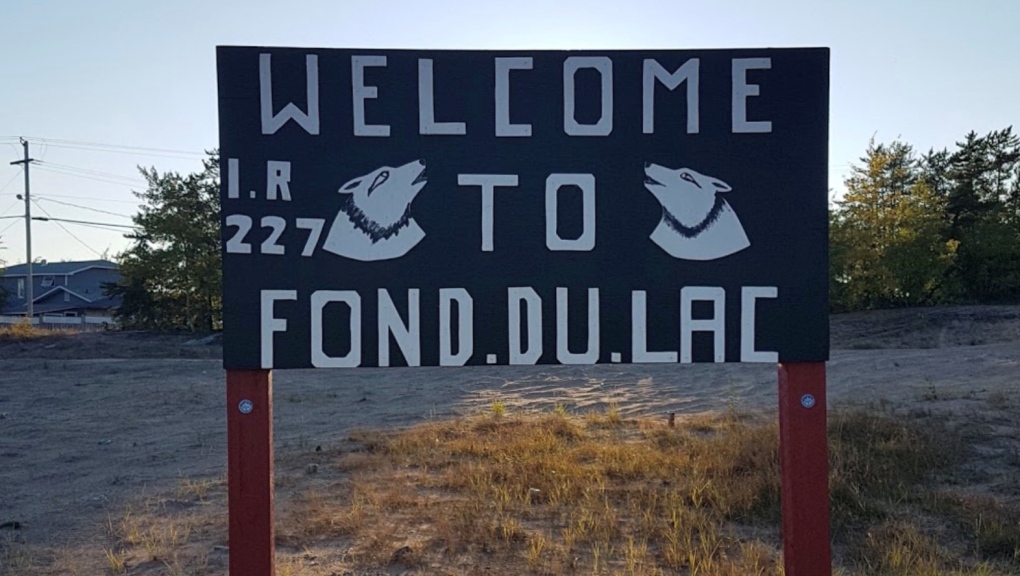 Fond du Lac Denesuline Nation had 61 active cases as of Friday and more than 300 close contacts were in isolation - about 30 per cent of the population. (Google Maps)

REGINA -- Almost a month has passed since Diane McDonald last saw her mother, who lives next door.

Her sisters and cousin visit but besides them, she says, her door stays locked to keep others away.

Adjusting to the reality of social isolation is hard on people in Fond du Lac Denesuline Nation, one of Saskatchewan's northernmost communities, located near the Northwest Territories boundary.

Two weeks ago, the fly-in community of about 1,000 people reported its first case of COVID-19.

As of Friday, it had 61 active cases and more than 300 close contacts were in isolation - about 30 per cent of the population.

"It's very difficult for families not to visit each other because in a small community like this, everybody loves visiting," McDonald, who's coordinating the community's pandemic response, told The Canadian Press.

The Northern Inter-Tribal Health Authority said the area's daily new case rate per 100,000 is 12 times higher than the provincial average.

He said the novel coronavirus arrived in Fond du Lac through travel.

Over the summer, McDonald said many residents travelled for medical appointments and other reasons to Saskatoon and Prince Albert. The two cities became hot spots for COVID-19 in the fall.

Health officials have said crowded living conditions in Fond du Lac contributed to the virus's spread there, as different generations of some families live under the same roof.

There have also been times when people who were symptomatic or deemed a close contact attended gatherings, said Ndubuka.

There have been mechanical issues with the water treatment plant since the end of October. The community, which went under a boil water advisory, declared a state of emergency several days after it detected its first case of COVID-19.

"Everything hit us all at once," said McDonald.

Her team, aided by RCMP officers, has been delivering jugs of water to homes. Indigenous Services Canada says it helped contract some of the shipments.

Still, for weeks there hasn't been a consistent supply of running water for cleaning and handwashing.

"We believe the lack of water within this region might have contributed to the number of cases, particularly when individuals wouldn't have enough water to actually maintain good hygiene in the setting of a crowded home situation," said Ndubuka.

McDonald said she expects issues with the water plant to be resolved this weekend. A new pump was to be flown into the community, along with about 75 cleaning kits to be passed out.

Ensuring Fond du Lac has enough food and supplies is a challenge, as there is no access road from the south and transportation costs are high.

Indigenous Services Canada said it provided about $2 million to help Fond du Lac with public-health measures, including perimeter security, and almost $400,000 to help with food security.

McDonald and her team have been delivering items to households that are under isolation, including Tylenol as well as fish harvested by community members.

"Most families in the community use a wood stove, so we have people on the ground that actually (are) doing wood deliveries," she added.

The Athabasca Health Authority estimates more than two-thirds of the active cases are tied to the community's school, which has closed.

Because some people are asymptotic, they question whether their test results are real, said Derek Keller, executive director of primary health care with the authority.

He said he expects case numbers to keep rising. So far, no one has fallen severely ill and only two people over 60 have been infected.

"The next number of days we'll start to see evidence perhaps of the work that we've done, whether it has been enough," said Keller.

This report by The Canadian Press was first published Nov. 21, 2020