SASKATOON -- A Saskatoon family is thanking the Make-A-Wish Canada for an unforgettable trip to Disney World.

"It's kind of an emotional roller coaster for us, because it just really puts into place how sick your child really is," Shawna Quintin said.

Quintin's son Levi has a cognitive disability, stemming from a severe stroke that happened before birth. The 8-year-old suffers from seizures and has been in-and-out of hospital since birth.

"When you see Levi and he has half a brain you would really never know it." Quintin said.

While Levi's condition is not terminal, his sickness is permanent. His condition qualified him to be granted a wish through Make-A-Wish Saskatchewan.

"To qualify for the wish a lot of people think it's a terminal illness, but it's not just terminal, its chronic illnesses too," she said. 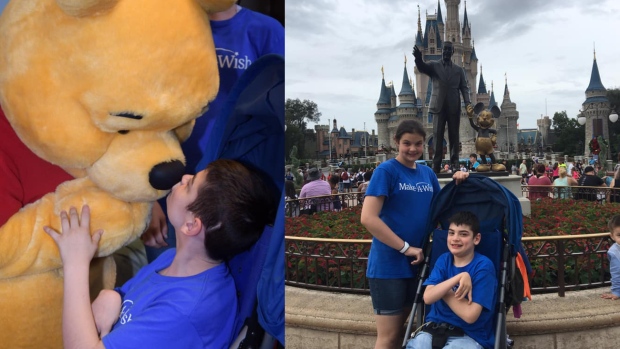 "We filled our days, packed," Quintin said. "We also got to stay at give kids a world resort which is a special resort for 'wish' families. They have everything there."

During the October trip, Levi, his parents, and sister, also spent six days at the parks, three at Disney World, two at Universal Studios and one at Seaworld.

An experience that brings tears to Quintin's eyes while talking about it.

"He's the happiest kid. He loves life. He loves everybody," she said.

"I think just getting away from the stresses of every day and being somewhere where you don't have to worry." 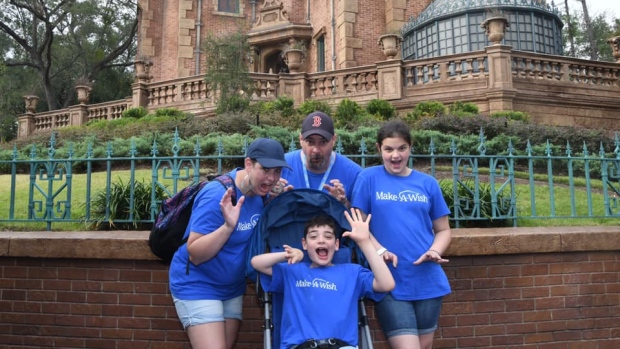 The family has raised thousands of dollars to give back to Make-A-Wish, by setting up lemonade stands and selling bake goods.

They want to encourage others to donate to the cause as well.

"I hope this brings more awareness to how important it is to donate to Make A Wish. If the funds aren’t there. They wouldn’t be able to grant these life changing wishes for medically complex children."