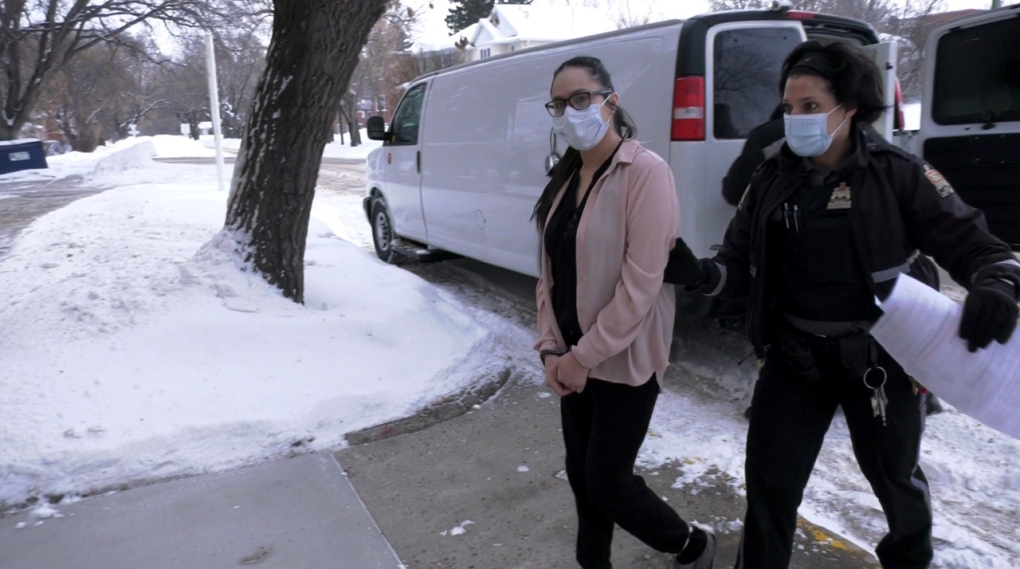 SASKATOON -- A video of police questioning Marissa Bird for seven hours was entered as evidence at the Court of Queen’s Bench in Prince Albert.

Bird, 31, is accused of first degree murder in the death of Duane Brett Ledoux.

The video shows Bird being questioned by Sgt. Scott Hayes and Const. Lisa Simonson in an RCMP detention cell. The questioning took place five months after officers found Ledoux’s body. Bird was in custody on a different matter at time of questioning.

In the video, Hayes asks Bird’s age, if she used drugs and if she had any health problems. Bird answers some of his questions but states she’s been instructed by her legal counsel that she doesn’t have to say anything.

“If you didn’t do it, that’s important,” Hayes askes.

“I’m not supposed to tell you anything,” Bird replies.

Hayes shows Bird photos of the house where Ledoux’s body was found. He tells her that if she was there the night of murder forensic evidence will prove she was there.

“And is there anyone that’s going to say you were there?” said Hayes.

“I refuse to answer,” Bird replies.

Hayes then showed Marissa video of the questioning of five other people, some stating that they saw her at the house the night Ledoux died.

“You aren’t going to get into any more trouble for telling the truth here,” said Hayes in the video.

The questioning continues for seven hours with Bird crying at many points.

Bird has pleaded not guilty. The trial is scheduled to wrap up on Friday.

Madame Justice Heather McMillian-Brown is presiding over the judge-only trial.

The identity of non-police witnesses is protected under a publication ban.

Ledoux went to the house voluntarily to receive a “minute,” a beating punishment, for kissing a high-ranking Terror Squad member’s girlfriend.

It’s believed Ledoux died the night of a gathering at the home and three days later his body was found. Ledoux died on his 25th birthday.