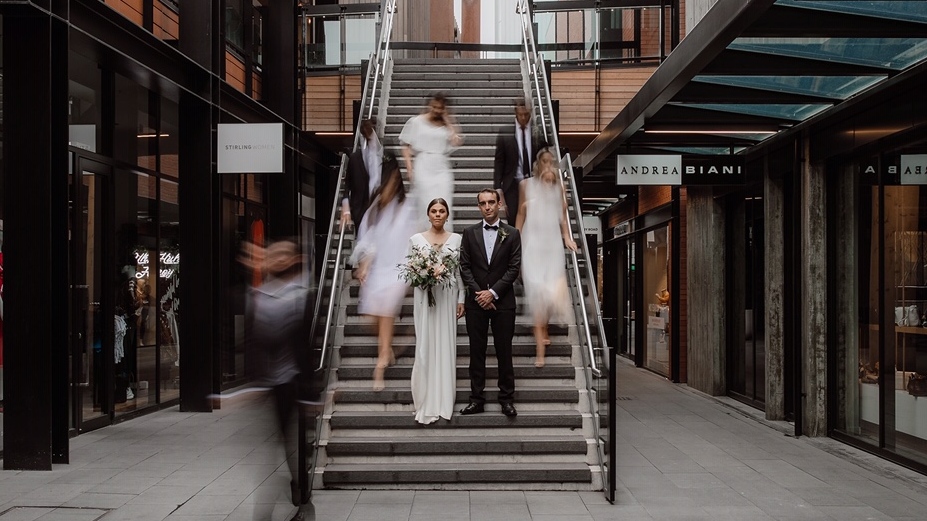 Vanessa Ortynsky got married in Christchurch, New Zealand, the day after two mosques were attacked and at least 50 people were killed. (Submitted photo)

SASKATOON -- For one Saskatchewan-born woman, the New Zealand terror attacks came at what should have been a very happy time.

Vanessa Ortynsky got married in Christchurch, New Zealand, the day after two mosques were attacked and at least 50 people were killed.

“After the attacks, I felt immense guilt, I felt sick to my stomach,” she said while holding back tears. “I just thought we can’t, there’s no way that we can go on with this wedding. It’s just – we lost 50 lives, we lost 50 members of our community. To celebrate our wedding just felt a little bit wrong to me.”

Ortynsky is originally from Yorkton and has been living in Christchurch with her now-husband for the past three and a half years.

She said she heard about the attacks while she was on the way to her wedding rehearsal, which was close to Deans Avenue where one of the mosques is located.

“It was heart wrenching especially because it was a lot of refugees and migrants who have chosen to make New Zealand their home. We are quite a peaceful country – this is the first terrorist attack on New Zealand, so I think everyone is still in shock,” Ortynsky said.

“These are our most vulnerable people and we should be keeping them safe, we should be looking after them. So, I feel very, very heartbroken that this has happened.”

Ortynsky said they were waiting for a lot of their wedding guests to arrive in Christchurch on the day of the attack.

“We were all very scared because we heard that the gunman hadn’t been stopped at that point and we were also very concerned for all of our guests who were flying in from all over Canada because they would be landing and wouldn’t know what was happening.”

Although there was some hesitation at first, Ortynsky and her husband decided to go through with the wedding.

Ortynsky said they had a moment of silence for the victims at the beginning of the ceremony.

She said while it was a day of celebration, the attacks were in the back of everyone’s minds.

“Terrorism is meant to incite fear so we thought we can’t be afraid. Our Muslim community has responded with such love and grace so we just thought, we’re here, everyone has flown in, we’ll carry on with the wedding.”

Ortynsky said it was a very unusual day as the city was a “ghost town.”

Ortynsky said it was different than she had imagined but she was happy they were still able to move forward with their wedding plans.

In the wake of these attacks, Ortynsky said it has been nice to see people come together who probably wouldn’t have exchanged words previously.

“I think in the long run it will make us closer as a community.”

Ortynsky is hopeful that Christchurch will feel safe again once the gun laws in New Zealand are changed.

“In a time like this, I want to remind everyone to continue to extend kindness and compassion and warmth and support to your neighbours and to everyone around you. We’re all the same at the end of the day,” Ortynsky said.

New Zealand Prime Minister Jacinda Ardern announced that her government will be reforming the country’s gun laws in the wake of Friday’s massacre. She said the new laws will be announced by March 25.