‘We rise by lifting others,’ entrepreneur says 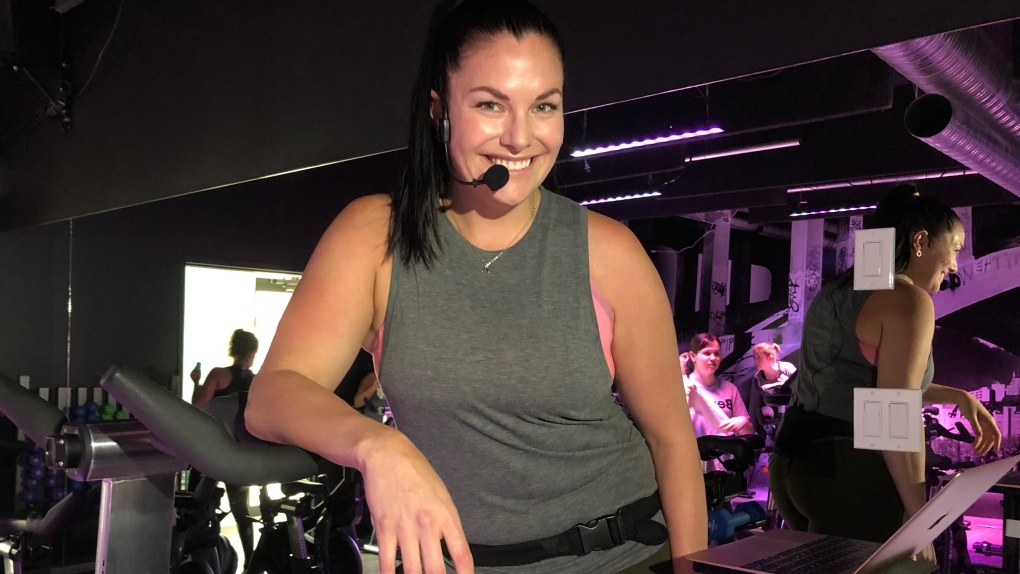 Shaina Lynden is the co-owner of Ryde YXE, a mother of five, a full-time police officer, a Lululemon ambassador, and a cycling instructor. (Nicole Di Donato/CTV Saskatoon)

Tourism Saskatoon is shining a spotlight on five women entrepreneurs it says are socially responsible.

One of them is the owner of a cycling studio who has made it her mission to support the community.

Shaina Lynden wears many hats. She’s the co-owner of Ryde YXE, a mother of five, a full-time police officer, a Lululemon ambassador, and a cycling instructor.

She said the only way she balances it all is by asking for help.

“It's something where you have to realize you can't do it all yourself.”

“I've been able to create amazing friendships with other female entrepreneurs and truly, I believe that we rise by lifting others. And when we come together and support one another, incredible things happen. And that's just being said with what's happening here. I believe my entire team are leaders.”

Lynden is a member of the Yellow Quill First Nation and said she works with a lot of inner city kids, but her work for the community doesn’t end there.

On Fridays, people can Ryde for Change for $10 at Ryde YXE and all the proceeds go toward local charities.

“So many of these organizations when I think about them, the YWCA or Kid Sport or Big Brothers Big Sisters, it's not just an organization to me, I can put a face to those organizations. Kids that I know that have benefitted from them and women and families.”

Prabha Mitchell, the CEO of Women Entrepreneurs of Saskatchewan (WESK), said female entrepreneurs are an important part of the economic equation. She added that they contribute $148 billion to the economy.

Mitchell said Lynden is a good role model in the community.

“Ryde YXE is not just a business venture for Shaina, it is about community, bringing people together, working with them, collaborating with them and investing back in community.”

Lynden plans on continuing to support the community and other women in all of her many hats.

“I really value any opportunity that I have to connect with other women, women in all forms of leadership. I've grown up that way. So, looking at being a representative of half our population is incredibly important.”