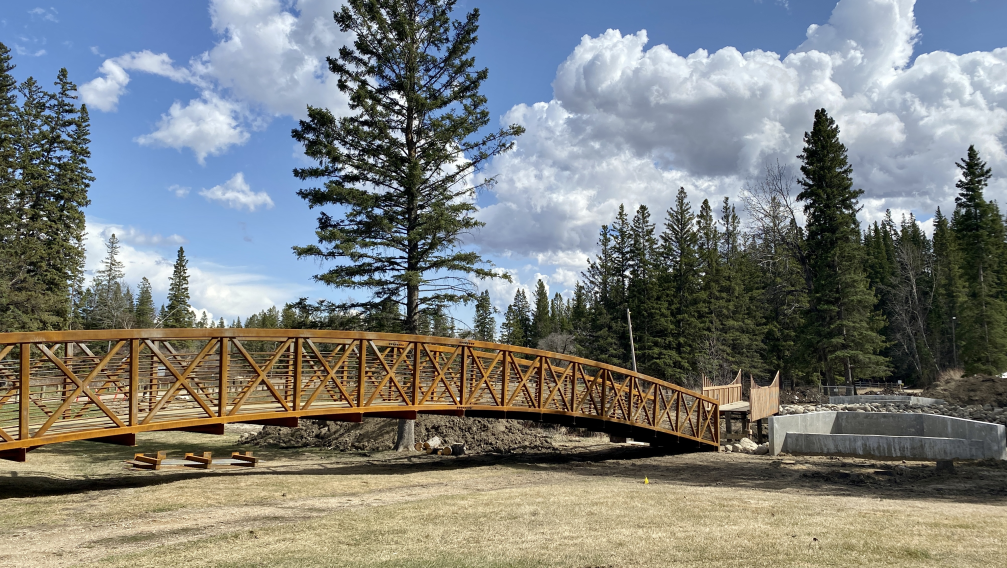 Prefabricated steel bridges with wood decking are being installed at the locations where the Sliding Hill Bridge and Lion’s Gate Bridge were located. (City of Prince Albert)

Visitors to Little Red River Park may notice some changes this week as three pedestrian bridges are being replaced and heavy machines are moving earth to make way for an adventure park.

The prefabricated steel bridges with wood decking are being installed at the locations where the Sliding Hill Bridge and Lion’s Gate Bridge were located. The third bridge is replacing the old Sports Council Bridge on the upper plains of the park.

As the area is prone to flooding, the new bridges are being built up high so that future floods don’t damage the foundations.

After the 2013 floods damaged the Sliding Hill Bridge beyond the point of repair, it was demolished by the City of Prince Albert.

The Lion’s Gate Bridge was repaired in 2014, but it was found to be structurally deficient.

The Sports Council Bridge has an embankment that is eroding and the retaining wall is decaying.

Elsewhere in the park, the Rotary Adventure Spray Park and Zip Line is being built as well as parking lot improvements to the Cosmo Lodge and lighting upgrades.

"There will be some disruptions during all phases of the construction period this spring/summer and we ask users and visitors to be patient as we work through the process to deliver lasting legacy infrastructure upgrades for Little Red," said Yeaman.

The city began work on the bridges last October and expects them to be completed by June.

The Rotary Adventure Park is expected to be complete by July 1.