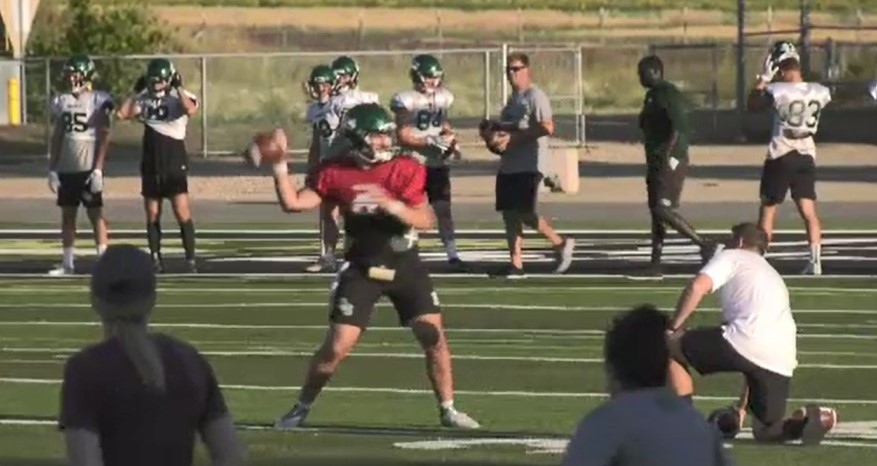 University of Saskatchewan Huskies quarterback Mason Nyhus had a record setting day at the team’s regular season closer against the University of Calgary Dinos on Saturday.

Nyhus broke the team’s all-time single season passing yards record, helping lead his team to a 24-1 victory over the Dinos.

"It's such a historic program here at the University of Saskatchewan — such a rich tradition in football,” Nyhus said in a Huskies Athletics news release.

“It's pretty cool that one of my best buds Kyle Siemens held the record before me, so it's kind of cool that he can, in a sense, pass the torch onto me.”

Next up for the Huskies is the Canada West semi-final at Griffiths Stadium on Nov. 5 versus the University of Manitoba.

Barely a month after granting himself new powers as China's potential leader for life, Xi Jinping is facing a wave of public anger of the kind not seen for decades, sparked by his 'zero COVID' strategy that will soon enter its fourth year.

Canada is the third most generous contributor to the group, the Association internationale de cooperation medicale, a non-governmental organization that receives support from the Canada-Ukraine Foundation and the Ontario government.

Edmonton transit drivers are sharing images of what they are seeing on buses and the LRT on a sometimes daily basis in the hopes it will push the city to hire more transit peace officers.