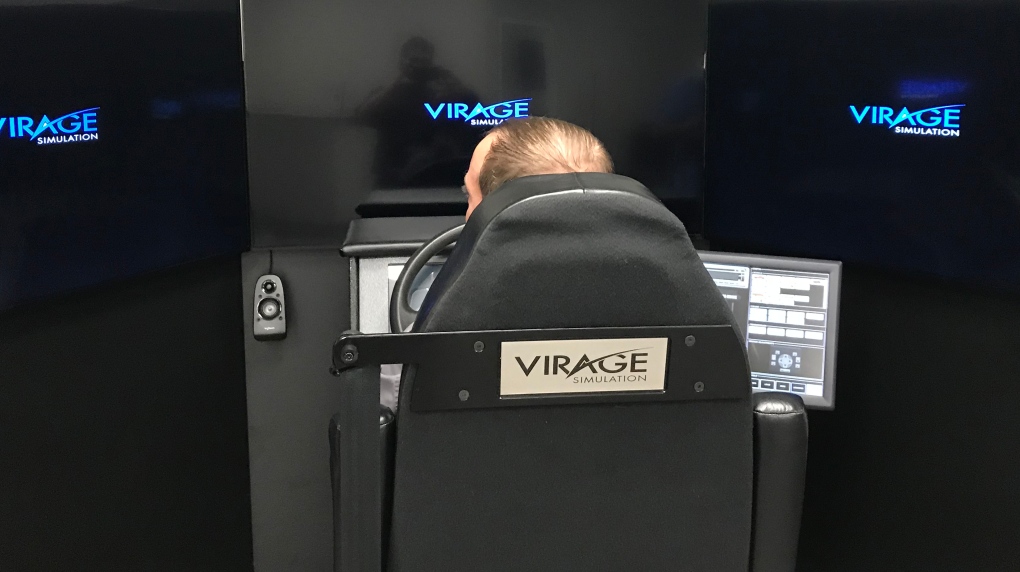 From dirt roads in the mountains to blizzards on a freeway, the truck simulator at Custom Driver Simulation Training can mimic terrible road conditions to safely prepare drivers for the worst.

Kliewer said the simulator could also be used to test the abilities of truckers already in the industry.

“I don’t think there’s anything wrong with proficiency testing. We do it as nurses, we do it as doctors, we do it as pilots, we should be doing this as truck drivers.”

The simulator also has a scenario dealing with texting and driving. The camera watches the driver texting, and once they look at the screen again it goes black for the length of time they were on their phone.

“It really syncs home to a driver how long they’re actually not paying attention to the road when they’re texting and driving,” Kliewer said.

Kliewer said that in the trucking industry, fuel consumption is the biggest expense, so to have a tool like the simulator to reduce the use of fuel during training or testing could save carriers money.