‘These changes are the right thing to do’: Parents of Broncos crash victim calling for law changes 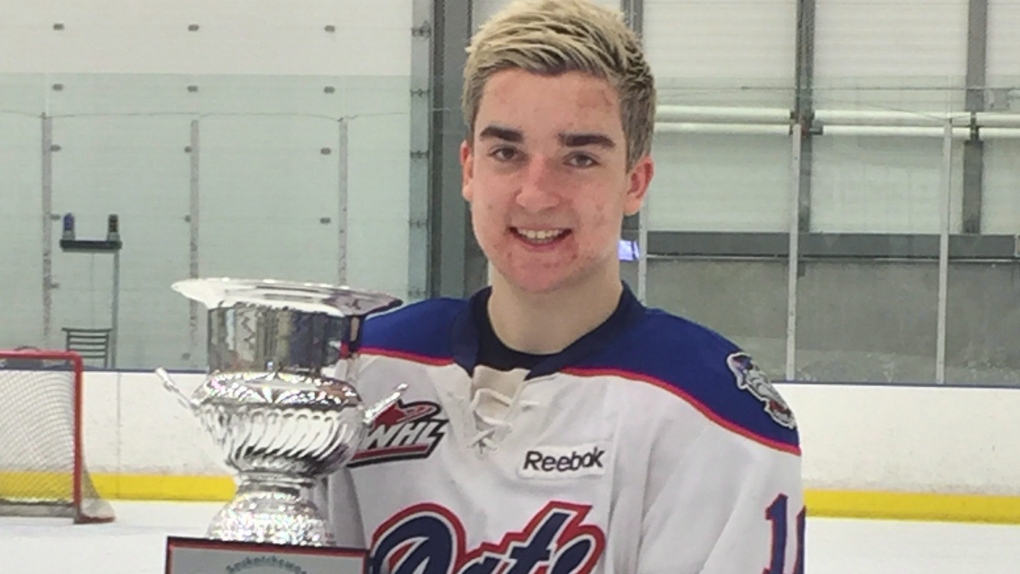 Adam Herold holds a trophy from his regular season team the Regina Pat Canadians in this handout photo. Adam Herold, a 16-year old defenceman with the Humboldt Broncos, was killed Friday, April 6, 2018, when the team's bus collided with a semi truck at an intersection on the way to a playoff game. He was the youngest member of the team and had only been called up to play after the season with his regular team had finished. THE CANADIAN PRESS/HO, Russell Herold

The parents of 16-year-old Adam Herold, the youngest player killed in the Humboldt Broncos bus crash, have filed a lawsuit calling for changes to provincial and federal laws.

Russell and Raelene Herold filed a statement of claim at Regina’s Court of Queen’s Bench on Monday.

“We are pleased that the process to hold the driver of the semi accountable has begun and are hopeful that those responsible for this catastrophe are brought to justice in accordance with the Laws of Canada and Saskatchewan,” the Herold’s statement said.

Russell and Raelene say their lives were changed forever after the April 6 crash, which killed 16 people and injured 13 others.

“No family should have to go through what we are enduring,” they said.

The semi driver, the trucking company Adesh Deol Trucking Ltd., and the bus manufacturer are all listed. The statement of claim alleges Sidhu did not have sufficient driver training and the bus did not have proper safety equipment to handle the crash.

“Our goal with this legal action is to invoke change for not only our son Adam and his Bronco teammates, but that all people affected by this senseless and tragic event benefit from changes in laws and attitudes for the betterment of society as a whole,” the statement said.

The lawsuit points to poor sightlines at the Armley Corner intersection where the crash occurred.

“The sightlines at the Armley Corner intersection for those travelling north on Highway 35 were not sufficient to allow the bus driver to take evasive action to save the Humboldt Broncos,” they said in the statement.

The family has several goals

The Herolds say their first goal is to improve sightlines at that intersection, along with improving the safety of all highways in the province and country so that evasive action could be taken to avoid another vehicle.

The second goal of the lawsuit is to equip buses carrying passengers with safety equipment to prevent passengers from being ejected in the event of a crash. The statement says this could include improvements to roof design, along with seatbelts and early warning safety devices.

The third goal asks for better training for truck drivers. The Herolds are calling for changes to laws to ensure only the most skilled drivers are operating large commercial vehicles.

The family says their fourth goal is to see changes to the Automobile Accident Insurance Act and the Fatal Accidents Act to allow victims to pursue drivers of vehicles for full compensation and damages.

“We know that a change in laws won’t bring Adam or the other 15 lives lost back to their families where they belong,” the statement said. “But, we believe these changes are the right thing to do.”

The family says they have been overwhelmed by the support they have received since the crash, and that they want to prevent any other families from going through what they have since April 6.