SASKATOON -- Conflict came to a head along a rail line in Saskatoon when demonstrators in support of the Wet'suwet'en Hereditary Chiefs were met with resistance from a group of counter-protesters on Saturday afternoon.

Around one dozen people supporting the Wet'suwet'en Hereditary Chiefs were demonstrating along a CP rail line near Ave. J and 20 St. around 2:45 p.m., when a group of around 30 anti-blockade protesters arrived on scene.

“This is a peaceful protest, this is a peaceful action and we’re doing it for our children, for future generations, for the land and the water, in solidarity with Wet'suwet'en people,” said Erica Violet Lee, a protester at the demonstration.

Protesters across the country are showing their support for the Wet'suwet'en Hereditary Chiefs, in their fight against the Coastal GasLink pipeline on their lands in northern British Columbia.

These blockades have shut down major railways across Canada.

The counter-demonstrators said they are fed up with the blockades that have been found around the country.

“We have laws in Canada, let’s follow them, let’s enforce those laws, let’s get the blockades down and let’s get our resources to tide water so we can all prosper equally,” said Mark Friesen.

Police were on scene and the two groups had to be separated as tensions flared, with some shouting back and forth.

The conflict was quieted briefly when a train passed through the protest on the tracks, and the anti-blockade supporters left afterwards.

In a statement, the Government of Saskatchewan said it is aware of the protest.

“We understand that the Saskatoon Police are monitoring the situation closely and have overseen the passage of one train as scheduled. While everyone has the right to peaceful protest, it is our expectation that these protests remain lawful and that transportation routes are not disrupted by illegal blockades. “ 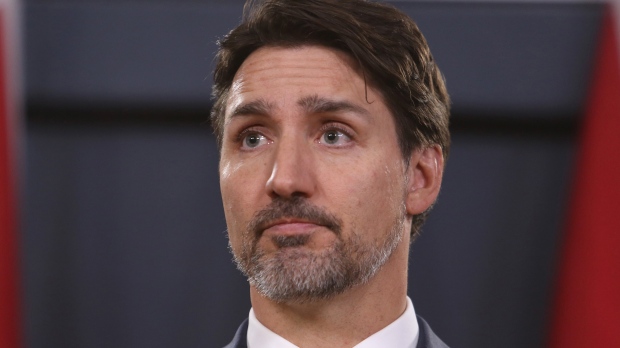 "The injunctions must be obeyed, and the law must be upheld," said Trudeau, addressing reporters from the National Press Theatre. "Canadians who are feeling the very real impact of these blockades are running out of patience."

Amid the call from the Prime Minister to dismantle the blockades, protesters say that will not happen until the RCMP leave the Wet’suwet’en territory in B.C.

With files from CTV's Chad Leroux