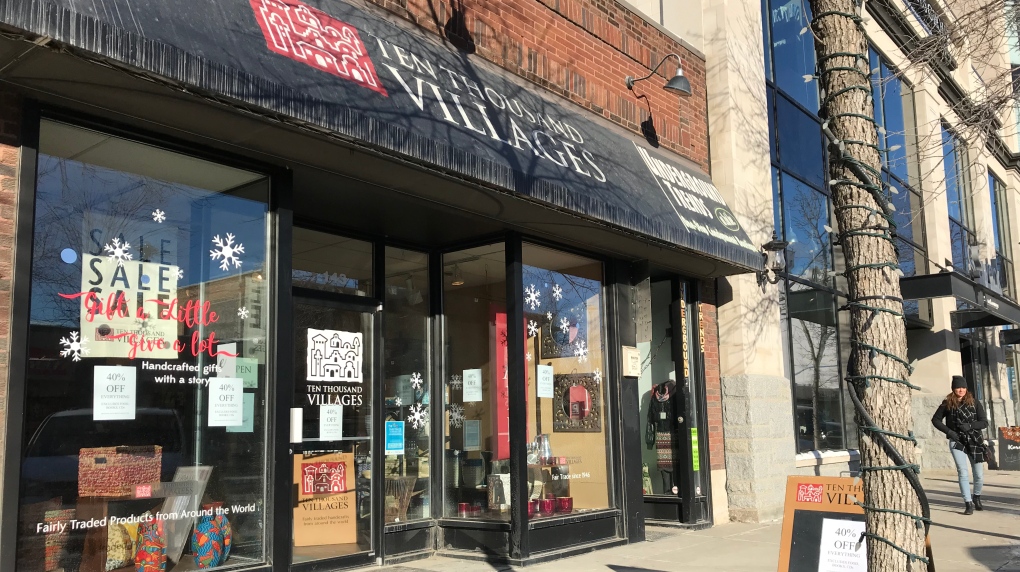 The Ten Thousand Villages chain is shutting down select locations across Canada, including one in Saskatoon.

The fair trade arts and crafts retailer has announced it will close nine locations, including its Saskatoon store on Second Avenue and stores in Ontario, Alberta and Quebec.

Last year, the chain sold products made by over 20,000 artisans in developing countries, according to parent company Mennonite Central Committee Canada.

The shift to online shopping has especially hurt the retailer, which has seen sales at its brick and mortar locations decline, the company’s executive director, Rick Cober Bauman, said.

“That market has changed dramatically across the U.S.and Canada, and like many other retailers we're seeing a drop in traffic and, of course, a drop in sales,” Bauman said.

Beyond online competition, the chain is also likely suffering from the artisan movement changing to a more local focus, meaning consumers are less interested in goods from abroad, according to David Williams, an associate professor of marketing at the University of Saskatchewan.

“These sexy, glamourous artisan shops, made local or fair trade, organically right in front of them. The experience of seeing it made,” Williams said.

Williams also told CTV many younger consumers probably don’t have the same connection to Ten Thousand Villages as their older counterparts. As well, he said people are finding other ways to support causes like disaster relief and famine.

The company plans to bolster other sales channels including e-commerce, which it says hasn’t grown as quickly as expected.

The downtown Saskatoon store is set to close on March 24.