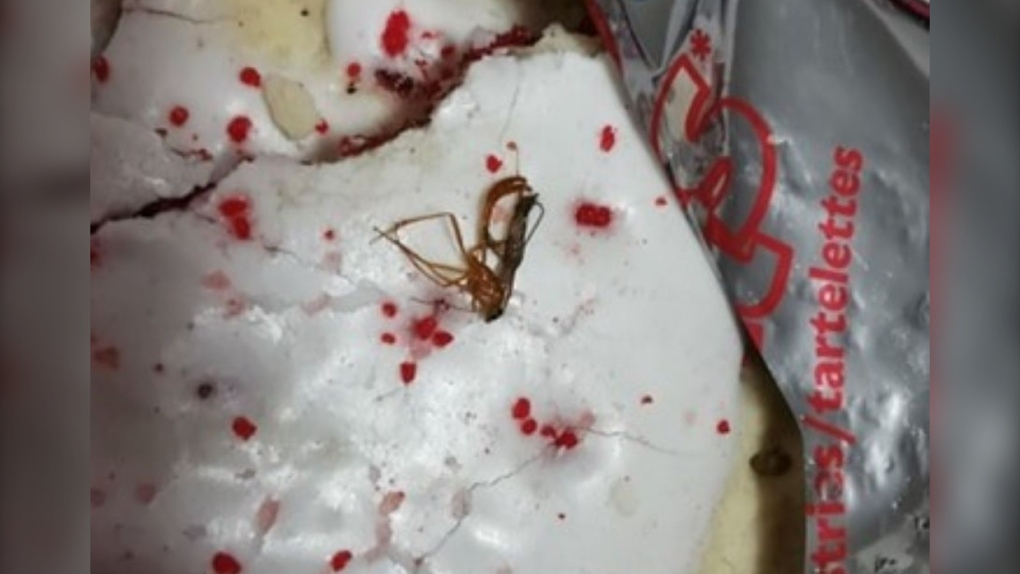 SASKATOON -- A casual snack led to an unpleasant surprise for a woman from Watrous, Sask. when she discovered a bug inside her Pop-Tart.

Mackenzie Ritthaler says she sat down to play some video games and have a snack, and casually grabbed a pop-tart.

When she took a bite, she felt it tasted a little odd.

“My stomach dropped and I honestly wanted to throw it up,” Ritthaler said.

Ritthaler called Kellogg’s and also informed the store where she bought the Pop-Tarts from.

In a statement, Kellogg’s Canada says they are aware of the incident and are investigating what happened. The company says it has strict pest control programs and sanitations procedures for each step of the manufacturing process from ingredients to distribution.

“That said, while we believe this to be an isolated incident, we take all consumer contacts seriously and have launched an internal investigation. We have also requested that the product sample in question be returned to us so we may conduct further analysis,” the statement reads. “We are working very closely with [Ritthaler} on this matter.”

Ritthaler says the company has offered her coupons and are sending a representative out to get the Pop-Tart.