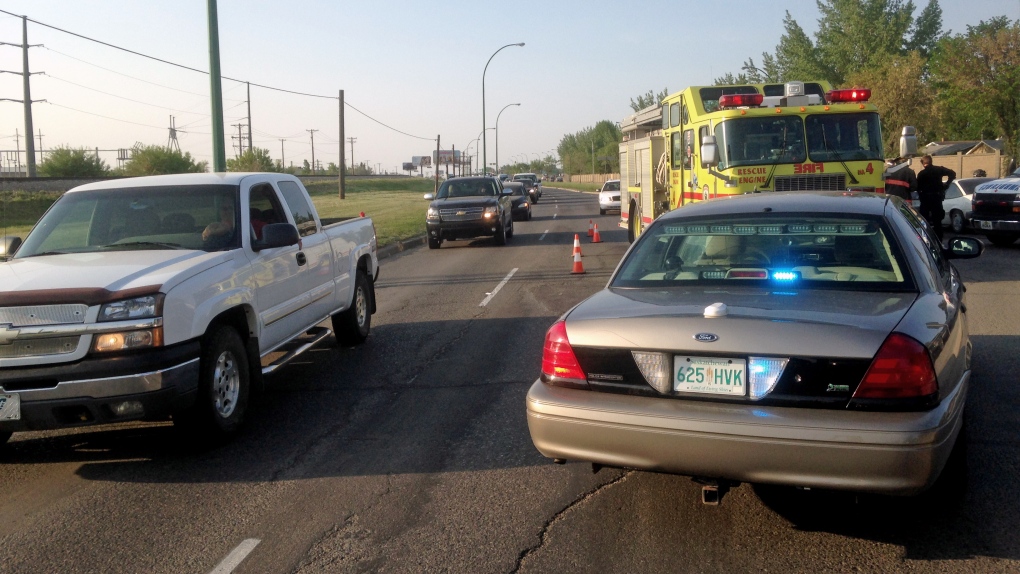 Traffic was reduced to one lane after a multi-vehicle crash on Warman Road Wednesday evening.

The 10-vehicle crash, which occurred in the eastbound lanes, blocked two of three lanes and backed up traffic past Millar Avenue. Police described the collision as a chain reaction involving numerous rear-end crashes. Four pickup trucks, five cars and a semi were involved in the incident. No one was injured, police said.

The Warman Road crash left only one southbound lane open to traffic. Police said a vehicle turning onto Warman Road from Hazen Street collided with a vehicle travelling northbound on Warman. A third vehicle waiting to turn was also hit.