Saskatoon to offer 3 different sizes of waste bins to residents

Saskatoon to offer 3 different sizes of waste bins to residents 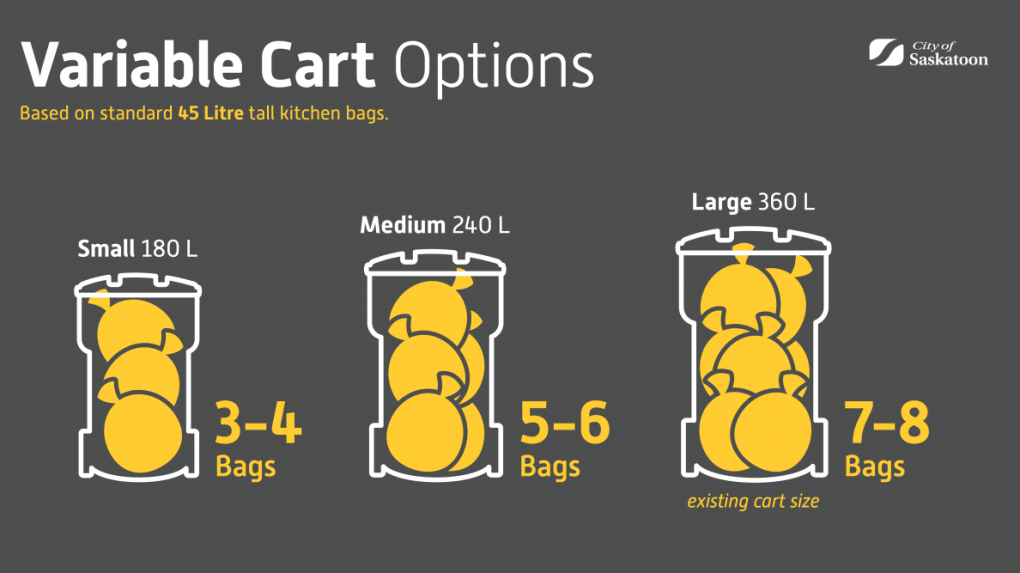 Starting in 2024 as part of the city's plan to charge for waste collection as a utility, three bins will be offered in 180-litre, 240-litre or 360-litre sizes for year-round service.

"Folks know that I wasn't in favour of going in this direction," Jeffries said.

"But I still think it's my role to look at the options that we have in front of us here and say what is going to give people more choice, and what's going to cost people less money. And on that basis. I see the recommendation in front of us as meeting the goals on both of those fronts," he said.

Mayor Charlie Clark and other members of council were more enthusiastic in their support of the plan.

Clark said the switch will help reduce waste and extend the life of the city's landfill.

"We're not pioneers here. We're not going out into an area that isn't actually well-travelled by most cities in the country," Clark said.

"It gives people a tangible understanding of an incentive to throw out less waste by having the choice to choose a smaller model, and based on what we've learned it has been effective in other jurisdictions," Clark said

The plan passed during Monday's meeting — though not unanimously — with Ward 1 Coun. Darren Hill and Ward 4. Coun. Troy Davies opposing it.