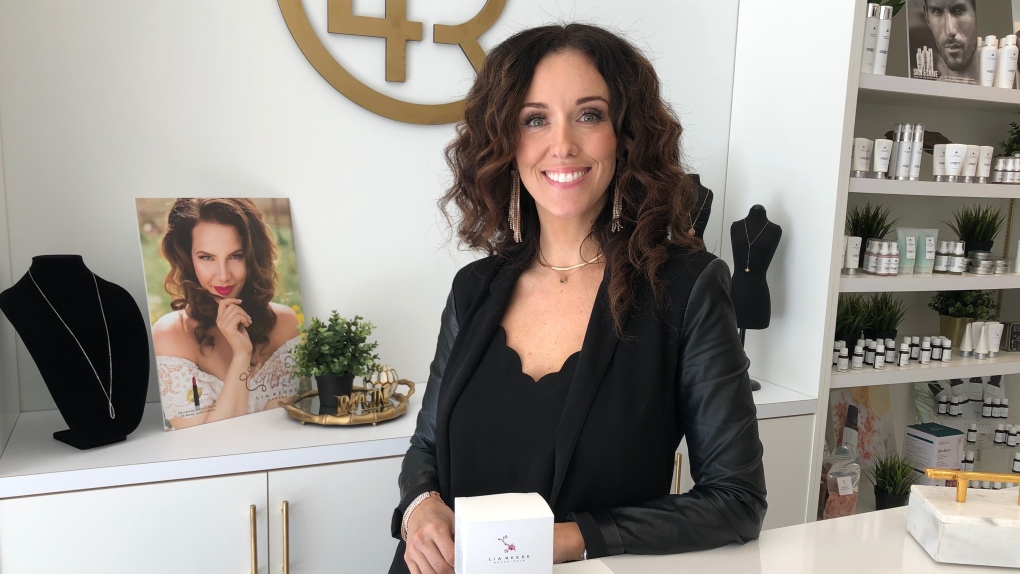 SASKATOON -- A local skin care and cosmetics company has been chosen as the official gift lounge sponsor at the 46th annual Daytime Emmy Awards.

“Definitely reminds me how far I’ve come and where I came from and how much work obviously went into getting here, but I’m just so honoured that they came to Canada to begin with to scout for a product,” said Jess Tetu, the founder and CEO of Lia Reese Canada.

Tetu, who is a self-made entrepreneur in Saskatoon, said a scout from the Emmy Awards came across her company and asked her to do an interview for the sponsorship position.

Tetu is in the process of creating a custom lipstick kit to bring to the awards. One of the lipsticks is called “Red Carpet,” featuring a bright red and another one is called “Lights, Camera, Action,” which features a nude colour.

She also plans on bringing a popular product from her botanical skin care collection to give to Hollywood’s biggest stars and producers.

Tetu and her team will get the opportunity to hand their products to celebrities and talk to them about the brand. They will also have a makeup artist on-site who will apply the products on celebrities if they wish.

Some celebrities Tetu hopes to meet are the stars and producers of soap operas like Days of Our Lives and  talk shows like Dr. Phil and Ellen.

“I’m just over the moon excited that this opportunity has even come our way, but it’s not one I’m going to take lightly. I’m really excited to put Saskatchewan kind of on the map in Hollywood.”

This isn’t the first time a local business has been represented at a high profile awards show.

Melissa Squire, a Saskatoon fashion designer and the owner of Alchemy Clothing and Salon, had some of her clothing and accessories included in the Oscars swag bags in 2013. These items included a bow tie made from recycled tire, a wrap jacket and other accessories from her “Retired” collection.

“It’s so nice to see that lots of people in Saskatchewan and in Saskatoon in particular are really going for it and they’re succeeding on an international level as well as locally. And it’s nice to see women in business succeeding on that level.”

Squire said she got a lot of local media attention and some international recognition as a result.

“I think the majority of the benefit was probably a lot more local. But, it also looks really good when you post that on your website. I definitely got some tags and some likes and some action on my website from all over.”

Tetu said she doesn’t know what will come of this, but she is thankful for the opportunity to share her brand with people outside of Canada.

“The international recognition that’s going to come from all of this is just priceless to me. I’m so honoured and so humbled to be from small town Saskatchewan, Craik, Saskatchewan, to now, heading off to California to show our brand to the world and to all of these celebrities and producers.”

The Daytime Emmy Awards are set to take place on May 3.