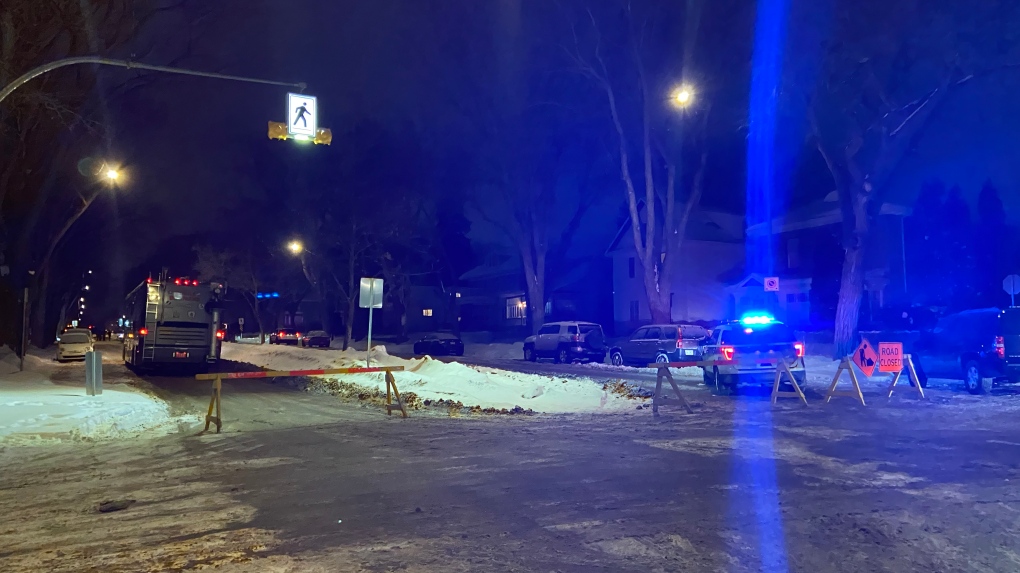 Saskatoon police respond to a disturbance at a home in the 300 block of 29th Street West on Jan. 17. (Caitrin Hodson/CTV News)

Saskatoon police say a 24-year-old Saskatoon man faces eight gun-related charges along with a charge of breach of probation after an incident on Monday.

The Saskatoon police tactical unit and a crisis negotiator team responded to a report of a man armed with a gun at a home in the 300 block of 29th Street West, Saskatoon Police Service (SPS) said in a news release.

Police received further information that he had pointed the gun at others inside the home, according to SPS.

The man, 24, exited and was taken into custody around 8 a.m.

Several people from inside the home were arrested on outstanding warrants, police say.

Police say they executed a search warrant at the home shortly after the incident concluded. Inside, officers found a sawed-off shotgun along with ammunition, according to police.

No one was injured during the incident.

A scientific analysis commissioned by the FBI shortly before agents went digging for buried treasure suggested that a huge quantity of gold could be below the surface, according to newly released government documents and photos that deepen the mystery of the 2018 excavation in remote western Pennsylvania.

Indiana police disclose cause of death of young boy found in a suitcase. They are still trying to identify him

An unidentified child who was found dead in a suitcase last month in southern Indiana died from electrolyte imbalance, officials said Friday.