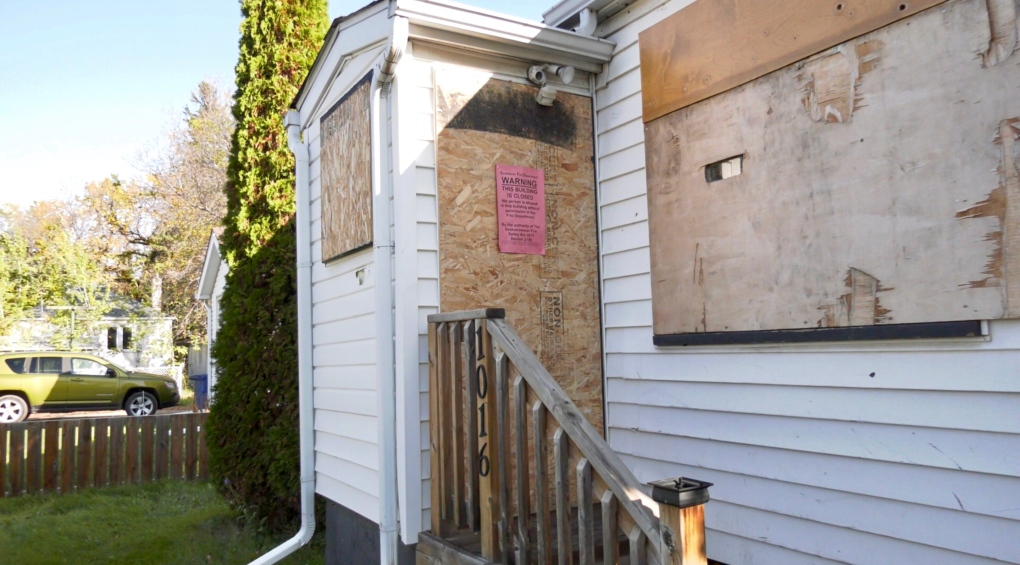 SASKATOON -- City Hall is looking to the Saskatoon Fire Department to focus attention on boarded up homes in Saskatoon.

On Tuesday the city's Planning and Development Committee reviewed options to have the fire department prioritize calls to inspect boarded up homes in Saskatoon to learn why they are boarded up.

"What's the motivation from the property owner to do that," said Assistant Fire Chief Wayne Rodger. "Based on the direction we got from the committee today we're going to start peeling the layers off that to see why these houses are in these prolonged states for such a long time."

Landlords and homeowners are boarding up homes for several reasons - whether it's to protect the inside by preventing intruders, or because of damage, Roger said.

"It's our intention that it should be short term, it's not a long term solution," he said. "It takes six to nine months to build a house, it shouldn't take that long to repair one. So depending on the degree of work needed, it could take a couple of weeks."

Ward 2 Coun. Hilary Gough said she was stunned to hear 56 boarded up homes are in Pleasant Hill alone.

Only a handful of those homes were ordered to be boarded up by the fire department, she said.

However she wants to see stiffer penalties for owners of boarded up homes, similar to what she sees happening in Winnipeg and Vancouver.

According to a city report, the Winnipeg has a dedicated vacant building bylaw and Saskatoon's administration considers Winnipeg's approach the most comprehensive.

A residential boarded building permit fee is $2,360 for a single year and $4,150 for a second year. All vacant buildings are subject to an annual inspection fee where orders are not required and $1,170 if repair orders are issued.

Gough said there's a greater process that needs to happen before the city can start issuing penalties.

"We need to create a condition where boarding up has some administration behind it in the first place and there would be a lag in creating any of that stuff."

The recommendation from the committee will head to City Council for further discussion at the end of the month.