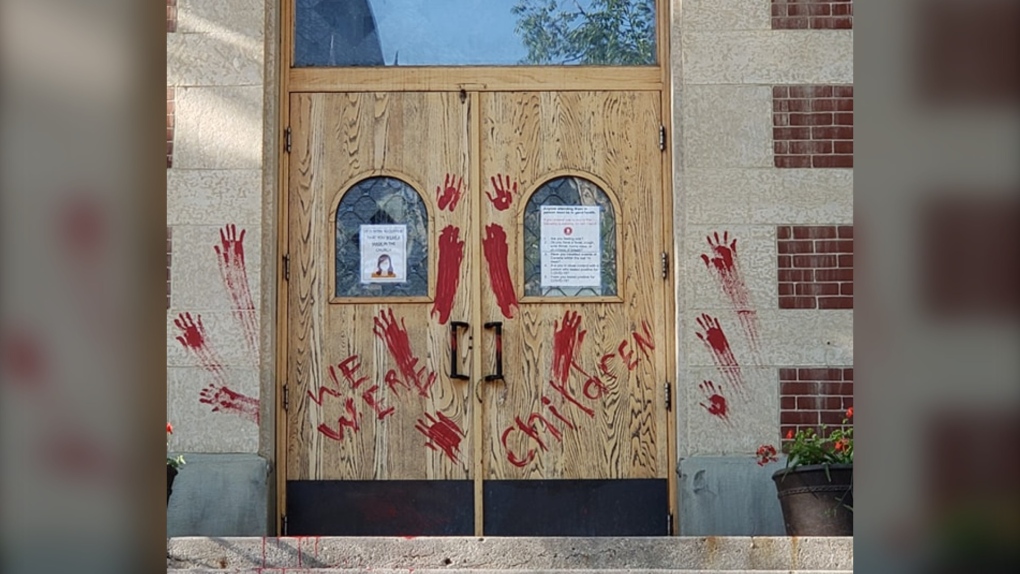 The same day Cowessess First Nation announced it had found 751 unmarked graves at the site of a former residential school in the community, a Catholic church in Saskatoon was hit by graffiti.

In late May, the steps in front St. Paul Co-Cathedral, located in the city's downtown, became the site of a spontaneous memorial after the unmarked graves of 215 children were found at a former residential school in Kamloops.

Photos shared on social media on Thursday show what appears to be red paint smeared on the steps in front of the church and red handprints on the door of the church.

"We were children" can be seen scrawled across the door using the same red paint.

The graffiti was mostly cleaned up by Friday morning, with only some paint visible on the ground.

Saskatoon Police Service said officers attended an incident at the church on Thursday, but after speaking to both church officials and protesters, no charges were laid.

While Canada's residential school system was government-funded, the Roman Catholic Church operated a majority of the schools.

Thursday's revelation led to renewed calls for Pope Francis to issue an apology for the Catholic church's role in running the schools.