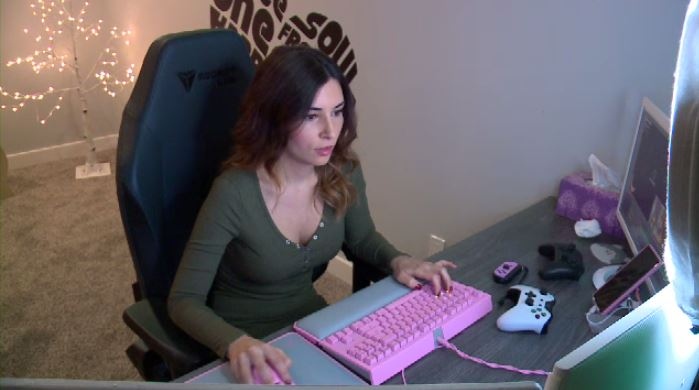 It might not seem like work, but for some, playing a videogame for hours a day can mean some extra coin.

"I'm going to be doing a sponsored stream. So a company gives me $1,000 to play a game for an hour," Natalia Mogollon says from her gaming hub in her basement in Saskatoon.

Mogollon streams on Twitch, which is an online video platform devoted to watching and chatting with people often times playing games.

Her online following is north of half a million – with more than 70,000 followers on Twitter.

"I make a few thousand dollars a month. For over six years I've made my living and actually purchased this house from streaming."

"Basically their minds just go poof. They put their headsets on and we hear it so many times that ‘this is amazing.’”

According to the Entertainment Software Association of Canada, more than half of Canadians play videogames about once a month, and nationally the industry adds $3.7 billion to Canada’s GDP.

Regan Mandryk, a professor of computer science at the University of Saskatchewan, says more and more gaming is coming out of basements and living rooms and into the public realm.

"There was a while when gaming just happened in the home. And now it's happening in public spaces again. It's reverting back to the arcades I grew up with. Videogame bars and cafe's"

She says there's an uptick of interest in gaming. And it's easier than ever for game players and creators to cash in, no matter where they live.

"There are tools available that anyone with an idea can make a prototype game. And so the people that are gamers can also be the makers of games and the people making money playing them."

The future in gaming could get interesting.

"An age of augmented mix and virtual reality that will see new opportunities for entertainment and leisure right here in Saskatoon.”