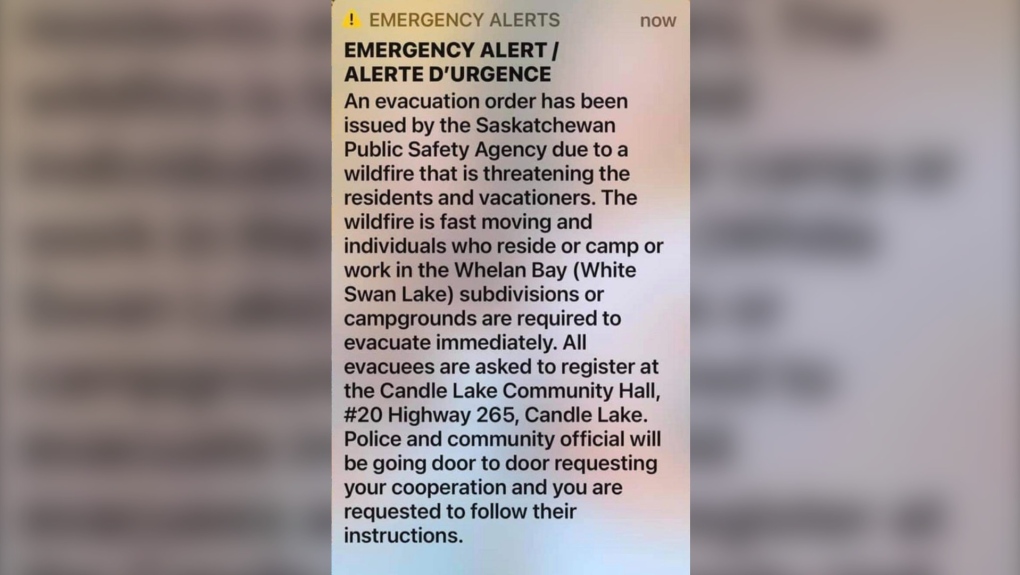 The Saskatchewan Public Safety Agency (SPSA) has issued an evacuation order for residents and campers in Whelan Bay because of a wildfire about five kilometres away.

The SPSA said the order was issued at 3:08 p.m., about two hours after the blaze began.

As of late Thursday afternoon, the fire is measuring 55 hectares.

Evacuees are asked to register at the Candle Lake Community Hall. Services and support are available upon registration, said the SPSA.

A team of community officials is going door-to-door asking residents to evacuate.

Alberta’s governing United Conservative Party is scheduled pick the province’s new premier Thursday, and political observers say its next step should be getting back on the same page as the rest of the province.

Russian President Vladimir Putin signed the final papers Wednesday to annex four regions of Ukraine while his military struggled to control the new territory that was added in violation of international laws.