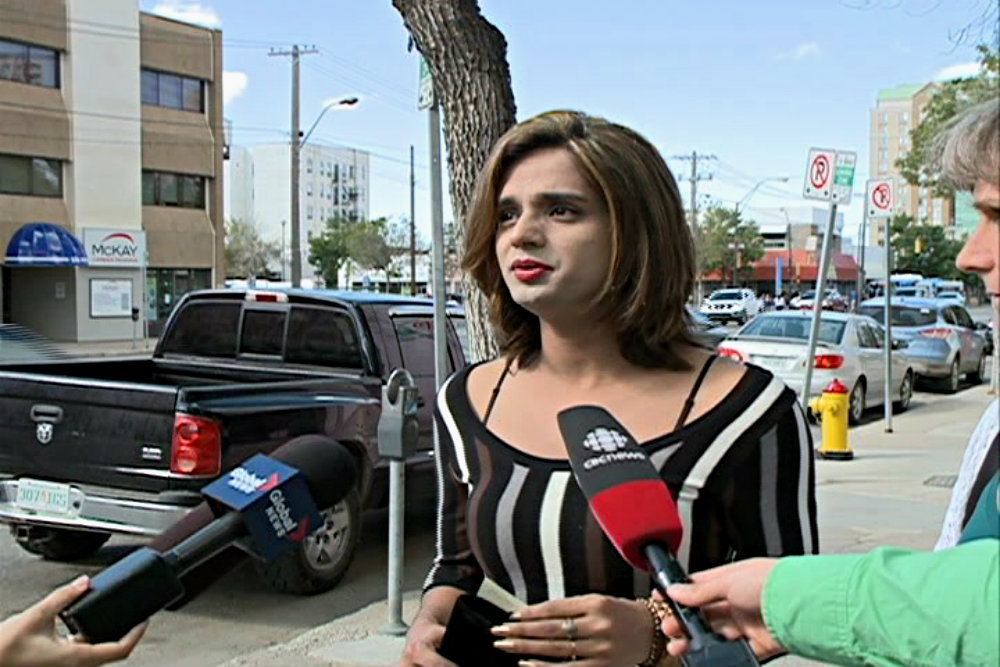 Rohit Singh spoke to reporters after her mediation with the Saskatchewan Human Rights Commission and Jenny's Bridal Boutique.

The Saskatchewan Human Rights Commission announced Wednesday that a mediated settlement has been reached in the complaint against Jenny’s Bridal.

The commission said that on April 21, 2013, the bridal boutique violated the province’s human rights code by refusing to serve Rohit Singh because she’s transgender. Singh was shopping for a wedding dress and was asked to leave by staff because men weren’t allowed to try on the gowns.

“I’m quite happy with the decision. I’m very satisfied. It’s quite what I wanted,” Singh said in a phone interview.

Instead of settling the claim with payment to Singh, the owner of Jenny’s has agreed to give donations to two local charities. “Typically, and where resolution involves a financial obligation, money is paid to a complaint often as a recognition of damage to dignity or, sometimes, for lost income,” the press release from the Saskatchewan Human Rights Commission said.

Singh said the payments were in lieu of a public apology.

For Singh, the results of the mediation were more than a personal victory. “It’s very much for my community. Everyone has to speak for their rights.”

The amount of the donations weren’t disclosed in the press release, but Singh said the Avenue Community Centre for Gender and Sexual Diversity and Aids Saskatoon will both receive $500.

According to the commission, details of mediated agreements aren’t usually told to the public, but releasing these details to the public was part of the settlement.