Research on Sask. rivers and streams used to predict floods and climate change 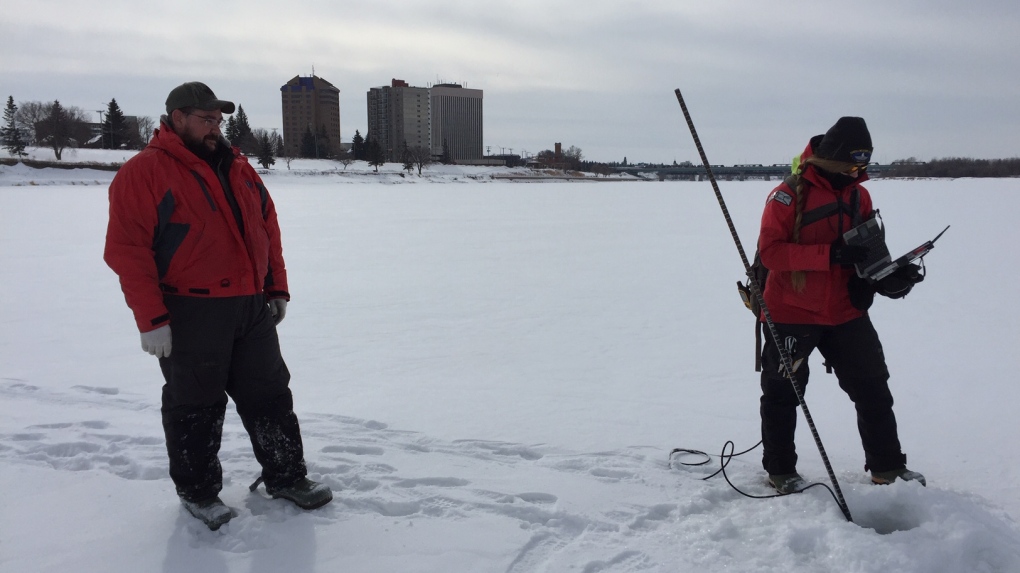 SASKATOON -- The public looks to Environment Canada to predict the weather in the sky but their work is also used to predict floods and climate change.

It’s one of 170 hydrological monitoring stations in Saskatchewan that are run by Environment and Climate Change Canada.

The data collected is for the Water Survey of Canada (WSC), an ongoing survey that’s been operating since 1975.

In the winter, he drills a line of holes in the ice about 10 meters apart to monitor water levels, flow rate and ice thickness.

“Lot of guys will stop and ask if we’re catching any fish,” said Garbutt.

Environment Canada doesn’t analyse the data. It’s used by other researchers for climate change modelling or weather monitoring, he said.

The Saskatchewan Water Security Agency uses the WSC data and has 140 hydrometric monitoring stations of its own across the province. The survey information helps predict spring runoff and in some situations flooding, spokesperson Patrick Boyle said.

“We look at those things and react to them. And then communicate with communities about what we’re seeing and if there’s a situation that need to react to and take action on,” said Boyle.

The North Saskatchewan river system is largely unregulated and there’s no dam or man-made infrastructure that be used to control water levels, he said.

Changes in water levels and quality is something the non-profit group, North Saskatchewan River Basin Council looks at from an environmental perspective. It’s focused on protecting watersheds.

“We feel this monitoring is a valuable thing to have,” said manager Katherine Finn said.

Boyle says the WSA has worked with the University of Regina to come up with model of what that may look like in the future but as of right now, nothing major has occurred.

“A changing climate is always something that we’re monitoring and watching in terms of water management,” said Boyle.