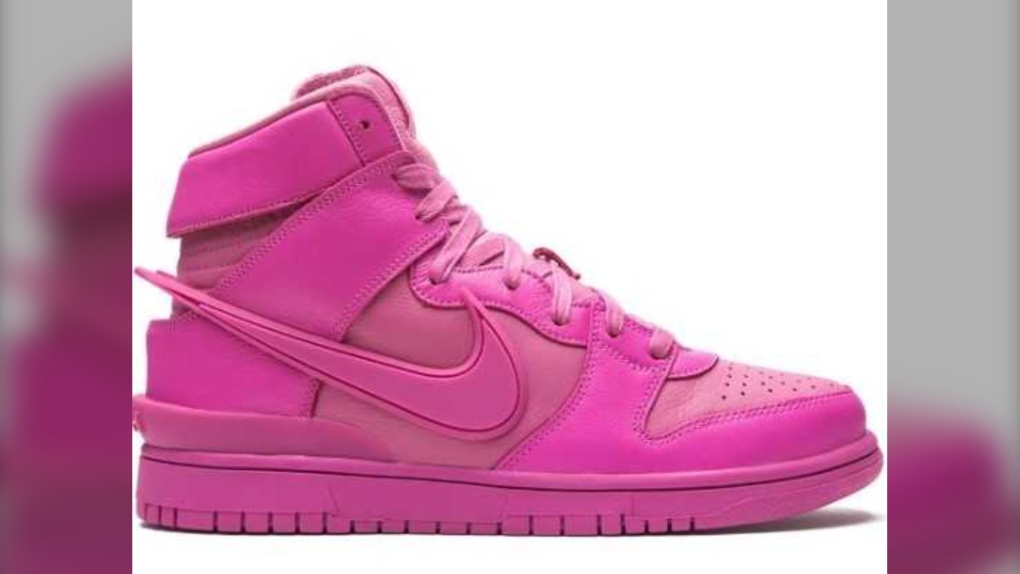 An image shared by police shows a shoe similar to a pair a deceased female was wearing. (Provided by Prince Albert Police Service)

Prince Albert police are asking for the public's help in identifying a female found dead following a vehicle fire on Sunday.

Police and firefighters were called to the 1200 block of 17th Street West just before 9 a.m., according to a Prince Albert Police Service (PAPS) news release.

The vehicle was totally engulfed in flames by the time first responders arrived, according to police.

Once the fire was extinguished, a female was found dead inside, PAPS said. Police are working to determine her identity.

"The Prince Albert Police Service has not had any reports involving a female matching the description of the person located inside the vehicle and is asking for the public’s help with this investigation," PAPS said.

"Investigators are anxious to identify the deceased and locate her loved ones."

The female is described as five feet one inch tall, weighing roughly 100 pounds.

PAPS is asking anyone with information to call 306-953-4222 or to contact Crime Stoppers.

Nothing off the table when it comes to Alberta sovereignty act: PM Trudeau

Morocco has looked impressive in Group F but Canada has an opportunity to finish its World Cup experience on a high.

A Virginia sheriff's deputy posed as a 17-year-old boy online and asked a teenage California girl for nude photos before he drove across the country and killed her mother and grandparents and set fire to their home, authorities said Wednesday.