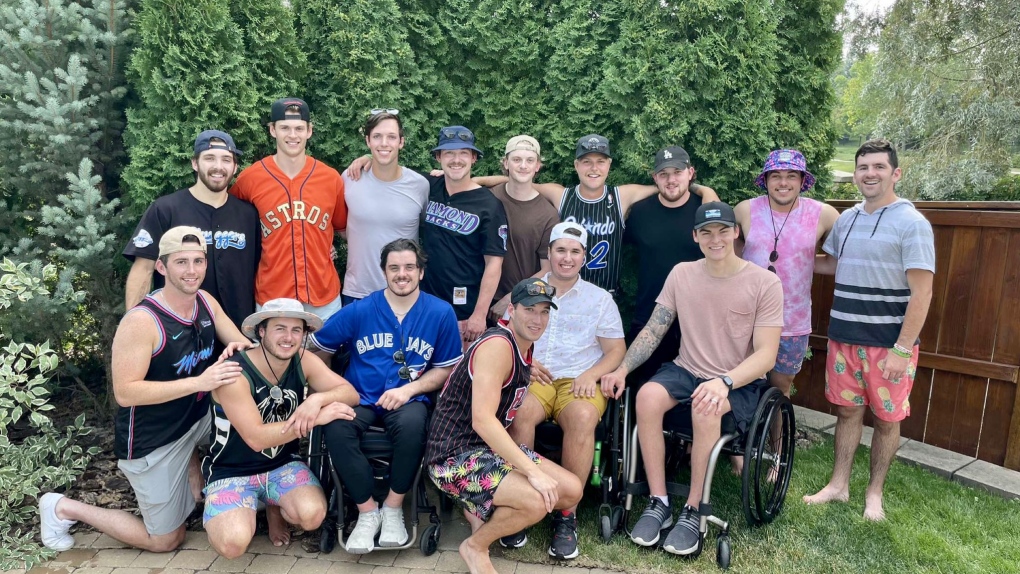 A photo shared on social media appears to have captured the first time all 13 survivors of the Humboldt Broncos bus crash have reunited in person.

While some of the survivors have reunited on previous occasions, the undated photo shared over the weekend on Kaleb Dhalgren's Twitter account shows all 13 players who survived the April 2018 tragedy that killed 16 others.

Dhalgren did not share where the photo was taken, only including the message "#Bel13ve" followed by two heart emojis, one green and one yellow — the Humboldt Broncos' team colours.

The photo marks the latest significant milestone for the survivors.

A group of players reunited at centre ice prior to Broncos 2018 home opener, a game that received national attention.

The 13 survivors also reconnected by Zoom in October of last year.

So proud of this group and you all inspire me daily. I love you guys💛 pic.twitter.com/lVk3k0A8D0

Brazil's top two presidential candidates were neck-and-neck late Sunday in a highly polarized election that could determine if the country returns a leftist to the helm of the world's fourth-largest democracy or keeps the far-right incumbent in office for another four years.