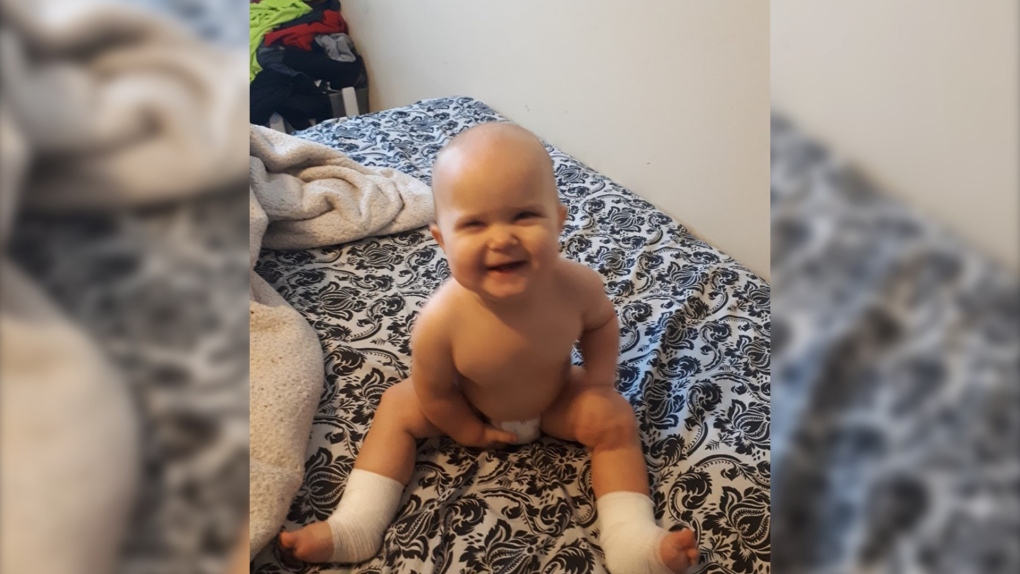 Yvonne Pihach's daughter wearing bandages after she was burned by hot coffee in Dec 2018.

SASKATOON -- A mother whose daughter received second-degree burns after hot coffee spilled on her at a Saskatoon McDonalds says McDonalds Canada and the franchise owner are now offering her compensation.

Last December, Yvonne Phiach went for lunch at the McDonald's at the Stonebridge Walmart with her husband and three children. After ordering, a waiter carried over the food and coffee when the waiter accidentally spilled the hot coffee on Phiach and her baby Noell, Phiach said.

Following the incident, Noell suffered second-degree burns to her feet and ankles. Phiach soon reached out to the franchise owner requesting an apology and compensation that would cover Noell's damaged fur snowsuit.

Phiach said she received a call Wednesday from the McDonald's Canada head office and from the Saskatoon McDonald's franchise owner. There was no formal apology from McDonald's but she will receive a $200 Walmart gift card and a $200 Costco gift card, she said.

"I don't really feel like I'm happy with the outcome, I was hoping I would get more acknowledgment and communication and that they would acknowledge that my daughter was injured and that someone would document my concerns," Phiach told CTV News.

"I was hurt and so was my daughter and it took months to acknowledge that."

Phiach said the franchise owner has also offered her a $100 cheque. She said she has yet to receive the offered compensation.

The owner of the franchise, Raj Baines, said in a statement to CTV News last week that he only recently learned the issue remained unresolved.

"I've invited her to follow up with me, and I'm looking forward to connecting further so I can ensure this is properly resolved," Baines said in the statement.