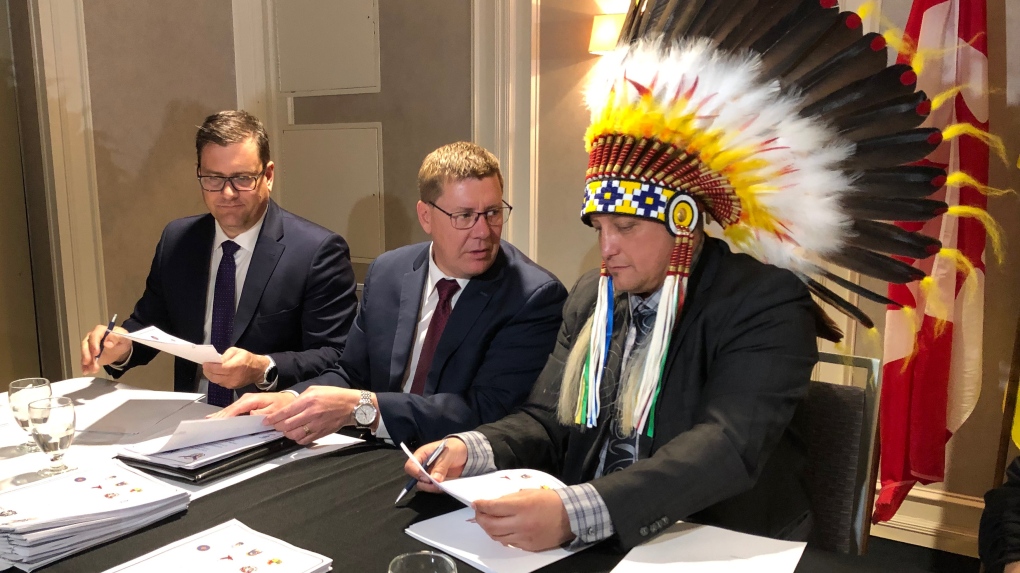 The Saskatchewan government and the Saskatoon Tribal Council (STC) have officially joined forces to improve welfare services for Indigenous children, youth and their families.

Arcand said this is a historic day.

“Never has there ever been a partnership with the province with First Nations and child welfare. This means we're equal. We're equal to work together to make a difference in people's lives. They're going to fully support us in regards to the capacity building that we need so that no children fall through the cracks, or families.”

One of the main things the partnership agreement aims to do is ensure STC Indigenous children in foster care maintain ties to their culture, language, identity, and traditions.

“The agreement reached today solidifies that the Saskatoon Tribal Council and the government of Saskatchewan have a shared commitment to the safety and wellbeing of First Nations children and youth,” said Moe.

Moe added that this agreement marks the beginning of a new relationship between the government of Saskatchewan and the STC.

On March 5, the two parties announced an agreement to end legal action dating back to 2016.

The two went to court in a struggle over jurisdiction and information sharing on case files held by STC’S child and family services agency.

Arcand said he wants to look ahead and focus on the future, not on past disputes.

“Now we can really work together to stop a system that has been negative.”

“To the province, to the Premier, to the ministers, your willingness to cross the bridge with us together, shoulder to shoulder, not standing in front of us, not standing behind us, but side by side, in saying we’re going to do this together, to make things right, is important,” he said.

Merriman told reporters that the government of Saskatchewan plans on working with STC to ensure that any children who have been taken under temporary care by the province are returned to their families, communities and cultures as quickly as possible.

Arcand said he hopes these agreements will provide a framework that other provinces and territories can use.