Last of damaged cars near Guernsey to be removed: CP rail 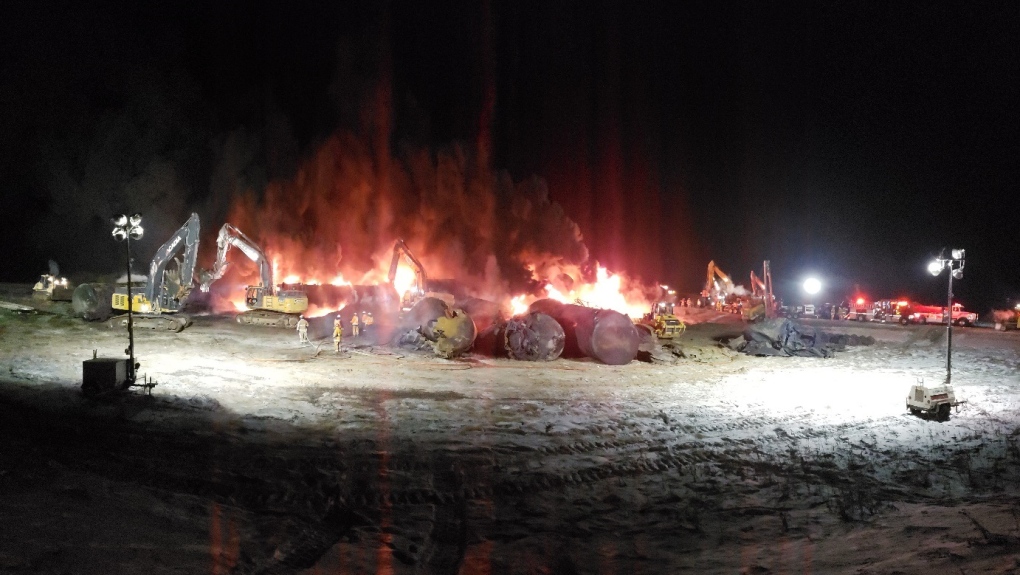 A photo of the derailment looking south on Dec. 9 at 10:15 p.m. (Transportation Safety Board/Flickr)

SASKATOON -- The remaining damage from a fiery train derailment east of Saskatoon will soon be removed.

"CP expects the last parts of damaged railcars to be removed from the site by week’s end," said Andy Cummings, CP media relations, in an e-mailed statement.

CP has begun scraping contaminated soil from the surface and will haul soil away in the coming days, Cummings said.

"CP environmental experts continue to test soil at the site to analyze the area, concentration and depth of spilled material."

CP will work with the Saskatchewan Ministry of the Environment to implement a soil remediation plan based on its findings, he said.

"The duration of work at the site will depend on ongoing sampling and weather conditions."

The derailment sparked a large fire, with 19 tank cars losing their load and spilling 1.5 million litres of crude.

Investigators have said the train's emergency brakes were activated before the crash.